SBI was the first to install solar panels over its ATMs in the rural areas in 2008, which has increased to 1200 currently 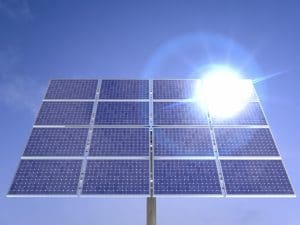 State Bank of India (SBI) has planned to make 10,000 automated teller machines (ATMs) solar powered in two years’ time. Earlier, around 1200 ATMs were solar-powered. It also aims to cover 250 buildings with rooftop solar panels by 2020, which currently stands at 151 buildings with 6.23 MW capacity.

Prashant Kumar, deputy managing director and chief financial officer, SBI, said that the bank has set a target to become carbon neutral by 2030. To accomplish this, the bank has also decided to adopt an environment-friendly mode of commute – electric vehicles. He added that by 2030, the bank will be changing all its vehicles to the electric ones for use.

The bank was the first among the lot to install solar panels in ATMs in the rural areas. It has been stressing over solar energy since 2008. The year 2009 saw around 300 solar-powered ATMs backed by Chennai’s Vortex Engineering and gradually the number was raised to 1200.

Solar panels are considered cost-effective, transferable and adaptable. Solar energy has been growing in India. It has gone up from 2.63 GW in 2014 to 22 GW this year. In 2017, India bagged the fourth rank in the global scene in adopting wind power, the capacity increasing from 21 GW to 34 GW in the past four years.

SBI’s decision is in line with the government’s continued efforts to reduce carbon emissions. It has also planned its Green Marathon event, which solely targeted to promote the cause. Green Marathon will be happening in 15 cities, with a focus on zero wastage. A footfall of 75,000 is expected to spread the word about a cleaner and greener globe.

According to reports, India will be adding 227 GW of renewable energy capacity by March 2022. It has also been projected to make it to the top 3 countries’ list investing in solar energy.