Pragyan: A Thriving Platform for Expression of Science, Technology and Managerial Ventures 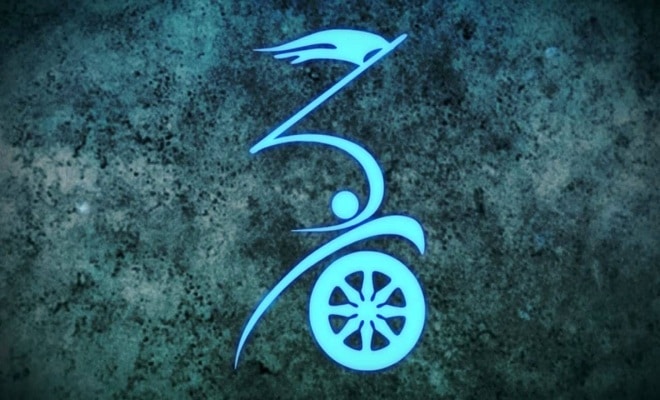 The Pragyan Hackathon, the annual coding and app development competition, was organised at Visteon headquarters in Chennai on 19th and 20th, January, 2019

Pragyan, NIT Trichy over the years has served as a thriving platform for the expression of science, technology and managerial ventures with sheer brilliance and creativity from the youth populace. Pragyan 2019 is on its path to guide it through the prism of enriching experiences with the theme ‘Spectrum’. This edition of Pragyan will be presented by Larsen and Toubro, co-presented by Times Now, fuelled by GE Healthcare, in association with National Instruments.

These are few steps that have led to this grandeur of appreciating and cherishing the annals of technology.

On June 5th, 2018, Pragyan hosted its ‘No Plastic Challenge’ for a span of 5 days to emphasise ‘going green’ on the World Environment Day. A special online quiz called ‘Unearthed’ was conducted to test the participants’ knowledge on the conservation of mother nature.

Pragyan, NIT Trichy became the registered trademark in the month of September. On 21st of this month, Pragyan commemorated the World Peace Day, themed ‘The Right to Peace’ by taking the oath to strive through its ideals built on justice, equality and harmony.

Pragyan continued its forward trek by conducting its first outreach event, Square One, at SCAD College of Engineering and Technology, Tirunelveli on 13th and 14th of October, 2018.

The outreach involved hosting two events and two workshops. Sangam, the intra-collegiate hardware hackathon, was officially made open for abstract submissions until the end of November. In December, Pragyan presented Ingenium, a platform for external college students to showcase their enthusiasm and worldly wisdom through their projects.

Pragyan commenced its social responsibility activities, where Pragyan volunteers served the Red Cross Society of Trichy at Event Raksha organised on November 22nd, 2018. The event aimed at incubating awareness on first aid, good and bad touch, among the children at a Government school in Valavandhankottai. Ms Reshma from Nestle provided valuable insights in this regard. Event Catalyst was organised at GHSS Somarasampettai on 23rd November, 2018. It featured workshops on science, quick math and vocabulary. Dictionaries clubbed with 100 ‘words-of-the-day’ that were given as takeaways served as tokens of encouragement to the students.

The Pragyan Hackathon, the annual coding and app development competition, was organised at Visteon headquarters in Chennai on 19th and 20th, January, 2019. Jazz Cinemas, Bfirst, Jet Brains, Zoom Car, 4700 BC popcorn, OYO rooms, Hacker earth, Digital Ocean, Suryan FM and Silicon India were the partners for the event. Nearly 25 teams pitched forward their ideas for a better future, in the fields of automotive tech, agri-tech and public distribution systems.

Square One for the 2019 edition of Pragyan was held at the Government College of Engineering, Salem on January 5th, 2019. A total of 3 events and 2 workshops were conducted during the brief period. The event saw a participation of over 200 students from around the district. The inaugural ceremony was presided by Dr G Vimala Rosaline, the Principal and Mr R Sundaram, the guest lecturer for the day.

Dhisai, an awareness drive initiated by Pragyan, made 600 odd students realise their potential in the JEE. The students also got a glimpse of campus life in NITT. The initiative was organised on the 11th and the event was held from 22nd to 25th of January, 2019. In the big picture, the event saw an overwhelming response from the students.

All the different events have led to a grand stage as Pragyan ‘19 gets ready to stitch together the best celebration of technology yet. Pragyan will have 30 events spread out over seven clusters. The events are complemented by workshops conducted by leading organisations in their respective fields such as Anvira Edustation, National Instruments, Autodesk, Indian Space Research Organisation (ISRO), Microsoft, HTRI, The Data Mind Centre, Cadence supported by Entuple Technologies, KPMG, HP, Ansys, Jetbrains and IB- Hubs. And these are only few of the workshop organisers in the star-studded roster.

The guest lecture series for Pragyan ‘19 is packed with informative brilliance and knowledge brought to the table by experts and technologists from various fields. Some of the big names that will grace the occasion are Dr Frederick J Raab, LIGO Associate Director of Observatory Operations, Dr. P G Diwakar, Deputy Director, RSAA, NRSC is a Doctorate in Participatory Geomatics from National Institute of Technology (NIT), Surathkal, Montek Singh Ahluwalia, a renowned economist and the Deputy Chairman of the erstwhile Planning Commission of India, Dr. Crystal Dilworth, a polymath – a Ph.D. in Chemistry from Caltech, and a professional dancer at the prestigious Ailey School of dance in New York City, Dr. Alwyn Didar Singh a former Indian civil servant and internationally famed strategic expert in e-Commerce, Trade and Migration and Dr. Spyridon “Spiros” Michalakis, a quantum physicist and staff researcher at CalTech.

Crossfire, the panel discussion, has the panel made up of eminent personalities to stimulate debate on the topic “Do we have the right to free speech or just compliant speech?” Pragyan will also play host to a set of interesting exhibitions, which include Slow Dance Frame and Pepperbot – an android capable of reading human emotions. The Infotainment shows are something to look out for during every Pragyan. And, this time Pragyan expects to exceed expectations with such dazzling shows by famed feet puppeteer Anne Klinge, light artist Ramod Malaka, Hoop dancer Yanika Beliza and bubbleologist Maxwell are also slated to make an appearance. For the second consecutive year Pragyan has partnered with Human Library. With an array of 13 books to choose from, the event is truly one of its kind.

A year-long of activities culminate into four days of techno-managerial extravaganza, and with many new and interesting elements in its schedule, Pragyan 2019 is all set to live up to its high standards with the theme of Spectrum and raise the expectations for the next edition. This March, from 14th to 17th, technology will be celebrated like never before.