Mahindra & Mahindra is in talks with the Karnataka government for further investments in the state as it looks at expanding capacity in its electric vehicles division Mahindra Electric. 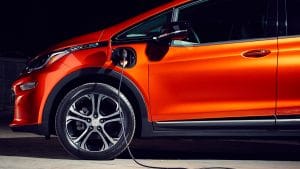 Karnataka’s large and medium industries minister RV Deshpande said he had a meeting with M&M chairman Anand Mahindra on Friday to discuss proposal. According to Economic Times, for the first time, the state had last month passed Karnataka Electric Vehicles & Energy Storage Policy 2017 to make the state a hub for electric vehicles and battery manufacturing. It looks to attract investments of Rs 310 billion under the policy.

M&M later matched Tata Motor’s bid to bag an order to supply 150 cars out of 500 cars in the first phase. Mahindra plans to invest Rs 35-40 billion to expand its electric vehicles business in the next three to five years. In a call with journalists on Thursday, managing director Pawan Goenka had said that apart from expanding capacity at existing facility, the automaker might also set up a separate large unit for battery manufacturing and is awaiting incentive policies from various state governments at the moment.

Mahesh Babu, chief executive of Mahindra Electric said that the company is evaluating options on location and engaging with Karnataka government as well. The auto major already has a facility in Bengaluru where it assembles between 800-1,000 battery packs every month for its electric vehicles. Karnataka is confident of attracting fresh investments from Mahindra. Deshpande said that with petrol and diesel gradually being eased out, M&M and other EV makers will need to increase their capacity.