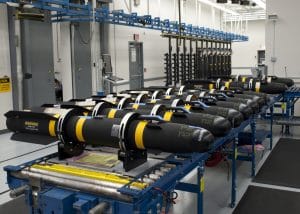 To begin with, the Kalyani Rafael Advanced Systems (KRAS) plant will make anti-tank guided missile (ATGM) Spike and the production is expected to begin in a few weeks, Kalyani Group chairman Baba N. Kalyani said. Besides supplying to the Indian Army, the plan is to export to South East Asian countries, he added.

Formed in line with the ‘Make in India’ initiative of the Centre and the policy to encourage private sector participation in defence production, the 51:49 joint venture will develop a wide range of advanced capabilities.

These include command control and guidance, electro-optics, remote weapon systems, precision guided munitions and system engineering for system integration. The plant would employ more than 300 engineers and provide indirect employment to 1,000 people.

Addressing the media ahead of the inauguration, Mr. Kalyani said ₹60-70 crore had been invested in the plant.

KRAS, which aims to be a one-stop solution provider to locally re-design, develop, re-engineer and manufacture various land and airborne products and systems in India, has plans for expansion. The phase-II will be undertaken at another industrial location in Hyderabad, the company said.