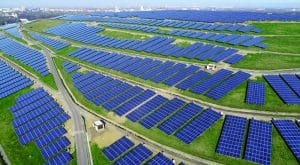 The solar park worth 70 million euro ($79.3 million) will be constructed in Akerni area, near the southwestern port city of Vlora.

The ministry said that a 50 MW section of the project will be awarded a 15-year tariff of €59.9 per MWh, while the remaining 50 MW will sell power to the local retail electricity market.

The construction of the solar park is set to be completed in 18 months.

IPCL among three developers shortlisted for its final phase

It is said that six bids were originally submitted for the tender, while three developers were shortlisted for its final phase: India Power Corporation Limited (IPCL), UAE-based Mining Resources FZE, and Hong Kong-based Midami Limited.

The Albanian government said the tender was able to deliver a final price that is lower than those seen in tenders recently held in Greece and Turkey (Greece – 63 euro/MW, Turkey – 62 euro/MW).

The ministry said that it will immediately start negotiations on the contract in order to implement the Akerni project as soon as possible.

in January, the Albanian government and the European Bank for Reconstruction and Development (EBRD) opened an invitation for expressions of interest for the implementation of the auction.

India Power Corporation Limited (IPCL), formerly known as DPSC Limited and incorporated in 1919, is one of the leading power generation and utility companies in India. The compaany has actively forayed into a diversified portfolio, with renewable and conventional modes of power generation, distribution & power trading.