Phase-I of the ambitious plan include setting up of 2,500 MW solar PV capacity in Zangla region of Kargil  and 5,000 MW in the Pang region of Leh district. 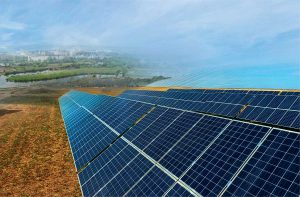 The Ministry of New and Renewable Energy (MNRE) has launched the ambitious plan of implementation of 23 GW (23,000 MW) grid-connected ultra mega solar PV projects in the Leh and Ladakh regions of Jammu & Kashmir.

Phase-I of the plan include setting up of 2,500 MW solar PV capacity in Zangla region of Kargil  and 5,000 MW in the Pang region of Leh district. But the exact locations are yet to be finalised.

To invite private developers for the solar projects, the government is planning to issue tenders by December 15. The project is to be awarded by the Solar Energy Corporation of India (SECI), the nodal agency of the MNRE.

The scope of work will include not just setting up of the solar PV projects, but also implementation of the entire power evacuation infrastructure (substations along with transmission lines). A single tender will be issued for selection of the project developer.

Tentatively, drawl point for the 2500 MW project is planned to be located in New Wanpoh while Hisar has been chosen as the tentative location for the 5000 MW capacity.

It may be noted here that, in 2014, the UPA-led government had signed a memorandum of understanding with the Jammu and Kashmir government to build  7.5GW of solar power generation capacity — 5GW in Ladakh; the rest in Kargil.

However, the project never saw the light of day apparently due to inter-departmental tussle and lack of clarity on evacuation. The present NDA government is reviving the plan by adding it to its list of solar ultra mega power projects. Moreover, it has almost tripled the target to 23 GW capacity.