Foreign defence manufacturers may soon be allowed investments to help Indian companies set up manufacturing facilities. They may also be able invest in a SEBI-regulated fund that will promote startups to meet their offset obligations that run in billions of dollars. 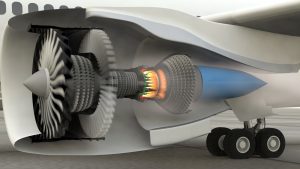 Changes being proposed by the defence ministry in its offset policy – which mandates foreign companies to invest at least 30 percent of any military contract they win – will drastically change how companies such as Boeing, Airbus and Dassault will spend an estimated $14 billion in India by 2028.

They also give major incentives to invest money into defence manufacturing corridors – two have been declared by defence minister Nirmala Sitharaman in Uttar Pradesh and Tamil Nadu – with multiplier credit being proposed. The draft amendments propose that foreign companies can invest a significant part of their obligations into SEBI-regulated funds for defence, aerospace and internal security.

The draft policy says that (This is) subject to a ceiling of 30% of the fund corpus. The vendor contributing to a fund would be entitled for usual returns on its investments per law.

A defence manufacturer, for example, has outstanding offset obligations for over $500 million that it is unable to expend, resulting in an extension of deadline given to it by the defence ministry. Another new avenue for discharging obligations is equity investments into Indian enterprises.

The policy says that offset discharge shall be subject to physical completion of the project and verification of audited accounts of the company setting up a manufacturing unit in defence, aerospace or internal security.

Another new opportunity will be to invest in specified projects that will be identified by the defence ministry. These directed offsets will give the maximum multiplier credit to foreign firms and will include projects such as testing labs, testing ranges and skill centres.

Defence offsets have long been a tricky affair for the government, given the notoriety they have gathered over the past few years for being a new scam money route. At least three major cases have come under the scanner of investigating agencies and defence ministry including the AgustaWestland VVIP chopper deal and Offsets India Solutions (OIS) that was promoted by fugitive arms dealer Sanjay Bhandari and Italian shipbuilder Fincantieri.

There have been several efforts to make changes in the offset policy, the last was in early 2017, to give foreign vendors the option to invest into a venture capital fund. A note prepared by the ministry had then proposed that foreign vendors may meet up to 25 percent of offset obligations by investing in a SEBI-approved fund for MSMEs.