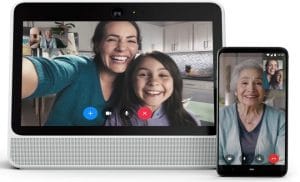 According to Cheddar, the Facebook device will be a camera-equipped device that sits atop a TV and allows video calling along with media content viewing.

The social network gaint is said to be investing in expanding the project – codenamed “Ripley”- and plans to announce it in the spring of 2019.

Competing with Amazon’s Echo Show, Facebook earlier this month announced its Portal video chat device for home. Whereas the Portal’s devices sit on a desk or counter top, Ripley would turn the entire TV into a massive Facebook Portal.

If the report is to be believed further, Ripley project uses the same core technology as Portal. That means the new device may have all those similar features, including Portal’s auto-zooming camera that can follow users to keep them in frame, video chat through Messenger, a smart photo frame for while it’s not in use, Facebook Watch videos, Alexa voice control and a third-party app platform, including video content from outside developers.

But many people are of the opinion that Ripley may encounter trust issues from Facebook users, given the company’s history of privacy and security troubles. Earlier this year, Facebook was rocked by a string of privacy scandals surrounding the revelation that the British firm Cambridge Analytica harvested the data of millions of Facebook users to aid the Trump U.S. presidential campaign, leading to the postponement of the announcement of Portal.

Moreover, many Facebook users may not want the giant camera constantly watching over their living room.

However, Portal and project Ripley represent Facebook’s ambition of expanding it consumer hardware business. And Ripley would allow the company to compete with Roku, Amazon, Apple and other set-top boxes.

So, despite its disadvantage due to its many privacy scandals, it is unlikely that Facebook would surrender this market.