Amidst security woes, BSNL informs that it will be careful regarding its partnership with ZTE following controversies surrounding the telecom gear maker 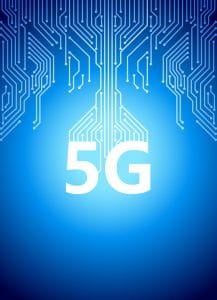 State-run network provider Bharat Sanchar Nigam Limited (BSNL) will take a cautious call to roll out the high-speed 5G network about its partner ZTE. The Chinese gear maker is steeped in controversy over the past few months following its alleged spying concerns.

Anupam Shrivastava, BSNL chairman, said that the provider would carefully examine its partnership with ZTE as security concerns were associated with it. ET reported that that the alliance would not be taken forward in case of any detection of risk in technology.

ZTE came under tremendous pressure after the US House Intelligence Committee alleged the equipment maker of spying in 2012. It was also accused of being under the Aerospace Ministry of China for the purpose of spying on other countries.

BSNL and ZTE tied up to work on 5G technology for research purposes ahead of its rollout in India. It had signed a memorandum of understanding (MoU) but the work was paused following the country’s standoff with China over Doklam issue.

The state-run provider had worked closely with ZTE for its 2G technology and won a contract of over 10 million subscribers in the supply, installation, engineering and annual maintenance chain.

The BSNL official highlighted the fact that security concerns were the most challenging part in rolling out new technology services in India. The private telecom providers’ partnership with Chinese companies would also require a security check. He informed that BSNL had taken measures to investigate any abuse or malware and would ensure transparency.

BSNL has issued a contract to ZTE and Nokia in 10 licensed service areas (LSA) each for its 4G services and it plans to rollout5G services by 2020.