The company expects headcount to grow in India to about 600 people over the next couple of years; Pune will be the HQ of Ensono 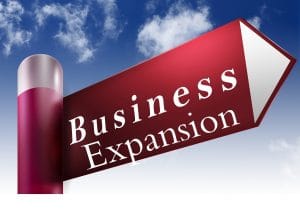 Wipro’s data center business was acquired for $405 million, according to Ensono CEO Jeff VonDeylen, who  was in the country to officially launch Ensono’s India operations, headquartered in Pune.

Ensono also works with other IT firms like Sungard and Infosys, offering hosted infrastructure solutions for their clients.

Following the acquisition, VonDeylen said, the company has invested millions of dollars more on the new facility and it will continue to invest on resources over the next two to three years.

The company began shifting its team into its new facility beginning October 1 and plans to complete in the next 30 days. While Pune will be the HQ of Ensono, additional facilities  will be in Chennai and Bengaluru.

Expects headcount to grow in India by 15% every year

At present, Ensono has an employee base of 450 people who were transferred from Wipro at the start of the month across Pune and Chennai. The company expects headcount to grow in India by 15% every year over the next couple of years.

VonDeylen said, “As business continues to grow, we expect to increase our headcount to about 600 people over the next couple of years in India. The India operations will support our existing customers in the US and Europe, who so far were supported from the US.”

He claimed that the acquisition has helped the firm almost double its revenues. “With this acquisition, we have more than doubled our revenues from $200 million to $555 million and will end this year at $570 million as the sector is growing at 10% to 15% a year,” he asserted.

However, Ensono is not likely to work with Indian companies in the immediate future. “The business is focused on the US and Europe at present and is likely to remain this way for the next two-three years,” VonDeylen said.