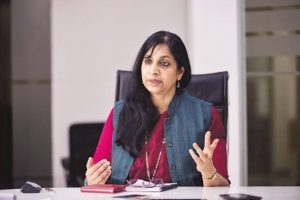 Aruna Sundararajan, Secretary, Department of Telecom (DoT), has announced that a broadband readiness index will soon be launched for the states. Infrastructure, approval processes and utilisation of high-speed internet will be the parameters.

The telecom department will hold a workshop on implementing the recently launched National Digital Communications Policy (NDCP) 2018, which aims to draw investments worth $100 billion by 2022. It also targets broadband connection at 50 megabit per second speed to every citizen and creation of 40 lakh jobs.

“This is the first preparatory national workshop on implementation of NDCP in which 25 states have confirmed to participate. Here we will launch National Broadband Mission to achieve objective of broadband for all,” ET quoted Sundararajan.

In the workshop, industry leaders and associations will discuss the issues they are facing in states especially in rolling out telecom infrastructure which, in turn, impact investments.

The government’s National Broadband Mission targets broadband for all the citizens. The secretary highlighted the need to increase mobile tower base by three times and Open Fibre Control (OFC) rollout by four times to achieve the target.

“We have to roll out wi-fi services in rural and urban areas…We will do a comparative evaluation of all states and highlight best policies for other states to adopt it,” Sundararajan was quoted saying.

The telecom department has issued a tender to roll out 10 lakh Wi-Fi hotspots across all 2.5 lakh village panchayats. It has assigned Telecommunications Consultants India Limited (TCIL) to roll out Wi-Fi services in 62,0000 panchayats and is working with the Indian Telephone Industries Limited (ITI) to set up Wi-Fi hotspots in other panchayats.
Sundararajan stressed that states must ensure that there is enough electronic equipment available at their institutions to start using BharatNet broadband network for services like e-health, e-education and many more.

DoT is working to create state-of-the-art telecom infrastructure in the next four years. The NDCP workshop will work on yearly targets that the states need to achieve.