Decline in solar installations in India expected in 2013 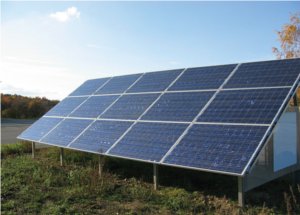 Thursday, June 20, 2013: According to the clean energy consulting firm, Mercom Capital Group, solar installations in India are set to reduce in 2013 owing to delays in many of the concentrated solar power (CSP) projects.

Mercom however forecasts increased demand for solar power globally in 2013 due to the rise of Japan’s solar market, which is on pace to install in excess of 7GW, compensating for the pullback in demand from Germany and Italy. Mercom said that there seems to be more focus on eastern markets this year. Attempting to diversifying its energy generation sources after the Fukushima disaster, the Ministry of economy, trade, and industry (METI) in Japan announced a 10 per cent cut in tariffs to about ¥38 (roughly $0.40) starting April 1, 2013 — one of the most generous solar feed-in-tariffs in the world, and this has helped spur growth.