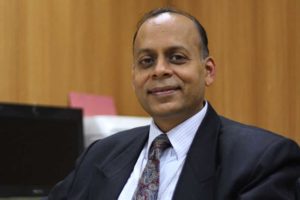 Defence Secretary Sanjay Mitra was given a three-month extension in service in the month of May 2019, according to an order issued by the Personnel Ministry. The Appointments Committee of the Cabinet has approved the extension to Mitra up to August 23, 2019, following which Dr. Ajay Kumar will be taking up the new role.

Career so far
Kumar has served in various posts in both the Government of India and the Government of Kerala. He has spent three decades of his service with the Kerala state government where he headed three different departments.

Kumar was appointed as the Union Defence Production Secretary by the prime minister-headed Appointments Committee of the Cabinet in November 2017, he assumed office on 1 December 2017.

Currently, as the Defence Production Secretary of India, Ajay Kumar takes a great interest in the construction of ships, R&D, innovation in India and building an ecosystem to help build Indian firms compete in the global defence market. His work on achieving India self-reliance by 2025 in several weapon systems is a great boost for Make in India Initiative.