Bengaluru is the biggest importer of e-waste 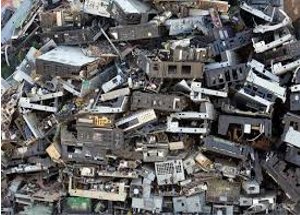 Monday, September 02, 2013: As per a new study, Bengaluru tops the list of importers of e-waste, generating almost 18,000 metric tonnes of electronic waste every year. Around 2,700 IT companies are registered in the city and the volume of e-waste is growing at a compounded annual growth rate (CAGR) of nearly 20 per cent.

Apart from 2,700 IT companies, the city has 35 hardware manufacturing units and the BPO industry has employed more than 70,000 professionals. Hence, these are responsible for city’s largest share of e-waste.

The ASSOCHAM report also indicated that the reason behind this is rise in demand for personal computers, television sets and cellphones in the previous five to ten years. “Recyclers may suffer liver, kidney and neurological disorders,” the DNA quoted Dr. BK Rao, chairman of ASSOCHAM’s Health Committee.

Those who work in such an environment are poorly-equipped with no protection from lead, mercury and other toxins being released into the air. Their life is at risk. They do not even use a mask and also lack technical expertise, jeopardizing their health.