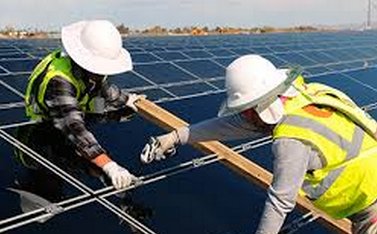 Wednesday, October 08, 2014: The Bengal Government has plans to develop roof top solar power systems, especially on the high-rise buildings. The move would facilitate users of solar power to get a subsidy/incentive of around 20 per cent. A top government official even shared the government’s plan to use solar power in all government buildings.

The officials say that Ashden India Renewable Energy Collective (AIREC) had already submitted its report regarding the policy guidelines for grid connected rooftop solar scheme for Kolkata, earlier in September. At present the total RTSPV capacity in West Bengal is about 1mw, including the private installation. Now the government plans to further generate 100 MW of power from solar rooftop by 2017 and over 500 mw additional power by 2022.

SP Gon Chaudhuri, solar scientist and chairman, Ashden India Collective says that the solar roorftop installation can give a significant amount of energy for in-house load and can thereby can help in reducing the peak energy demand in urban area during the day time.

The Ashden study had suggested that any person, any company or body corporate or association or body of individuals, whether incorporated or not, would be eligible to establish rooftop solar photovoltaic power plant. The rooftop solar photovoltaic power plants will follow the net energy metering mechanism and will be installed using at least 70 per cent of available rooftop area. The installed capacity in a premise would be considered as not to be less than 2kw and as suggested by Ashden, the maximum capacity would be 100 kw per project/system.