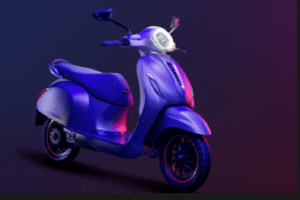 According to a report by Financial Express, Bajaj Auto will be relying on its vendor in Pune for localising the battery assembly of the recently launched electric scooter Chetak. It is also in the process of localising other parts which includes the electric motor says the report.

As per the report, Eric Vas, president, urbanite business, Bajaj Auto, said that apart from the battery assembly the e-scooter , the electric scooter will come with a high level of localisation. He also said that the lithium ion cell will be imported and assembled into a battery at one of the company’s vendors.

Battery sourced from outside

At present, the battery for Chetak is sourced from outside. As per the report, Vas added that there is no ecosystem in the country for localisation of manufacturing of EVs and it cannot be done in quick time. He added that, in some cases, localisation can lead to higher costs than imports. He further pointed out that the need is to work with right partners in the electronics and battery management space.

The report also says that Bajaj has opted for a slow charging option for the Chetak and that the scooter can be charged anywhere. Vas said that slow charging also helps to get a longer battery life as fast charging depletes battery life by 20 to 25 per cent. The Chetak takes five hours to charge and the battery gives a life of 70,000 km or six years as per the company. It runs 95 km on a single charge claims the company.