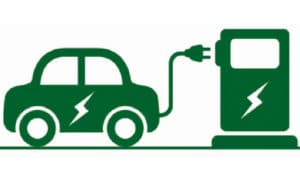 Nearly 90 per cent of consumers in India are willing to pay a premium for buying an EV as global electric vehicle (EVs) sales are estimated to boom in the next 12 months, as per a survey conducted by EY.

The survey also found that 40 per cent of the respondents were ready to pay a premium of up to 20 per cent.

“Among the car buyers in India, 3 in 10 respondents would prefer to buy an electric/hydrogen vehicle,” the survey said.

A majority of the respondents surveyed in India consider a driving range of 100 to 200 miles from a fully charged EV.

According to the survey, the top reason for buying an EV is an environmental concern, with 97 per cent also stating that the COVID-19 pandemic has heightened awareness and concerns about environmental issues.

About 67 per cent of those looking to buy an EV feel it is their responsibility to reduce their personal environmental impact, and 69 per cent feel buying an EV is one way to achieve this goal.

When it comes to charging, the survey found that “nearly a third of the existing EV owners expect vehicle charging to take less than an hour compared to 45 per cent of the respondents who are planning to buy an EV.”

Commenting on the findings, EY India Partner and Automotive Sector Leader Vinay Raghunath said, “The reducing gap in the cost of ownership between electric and other technology platforms and the increasing segment of consumers vocal about environmental impact will drive a fundamental change in consumer buying behaviour for electric vehicles.”

He further said, “Consumers are willing to pay extra for an added value of being environmentally responsible.”