India should revisit the Free Trade Agreements (FTAs) with several countries as they continue to hamper the country’s plans as a powerhouse for electronics manufacturing, said Ravi Shankar Prasad, the Union Minister of Communications, Electronics & Information Technology, and Law & Justice. 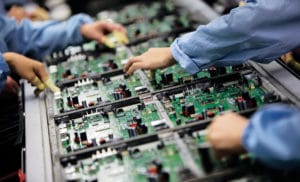 Prasad said that India will not compromise on data sovereignty, because under the proposed data protection law, mandatory data localization regulations continue to be criticised by large US technology and financial companies.

At a recent industry meet by Economic Times, Prasad informed that he is keen to push India’s case for strategic electronics, medical electronics, but some FTAs have been done with some countries. However, he declined to take the names of those countries, and with regret stated that those FTAs were executed disregarding the interest of India.

The Indian scenario
India has signed Free Trade Agreements (FTAs) with several countries. According to the pre-determined implementation schedule, according to the free trade agreement, each country must gradually reduce and eventually eliminate tariffs on goods (including electronic products) in other countries.

Critics of the Indian Free Trade Agreement believe that the agreement signed by India is a production-led economy, and the cost of importing finished products to India in these countries is lower than the cost of manufacturing finished goods in India.