The Indian test and measurement (T&M) market has been fairly resilient and is growing steadily compared to markets in the western world, where growth rates have hit a plateau. “The size of the Indian T&M instruments market is estimated to be in excess of Rs 10,000 million, includ­ing the imported range and domestic manufacturing industry,” informs Joey Joseph, CEO and MD, TTL Technologies Pvt Ltd. “Telecommunications, IT and broadcast are some of the key drivers of markets in India. Growth, on an average, has been at least 15 to 20 per cent in most segments and more so in certain markets. The unprobed broad­band, direct to home (DTH) and mobile markets are still huge and expansion in these markets continues to be a catalyst for the T&M industry.”

Thursday, July 19, 2009: The availability of abundant talent, which also possesses sound command over the English language and a rela­tively low-cost of living makes India a very attractive destination for foreign in­vestors. These features have resulted in numerous international telecom majors setting up their research and develop­ment (R&D) and testing facilities here. The last few years witnessed a massive upsurge in the demand for T&M prod­ucts due to the thriving telecom market and the T&M market itself grew at a rate proportional to that of the latter.

However, due to the current eco­nomic arrest, this positive trend has been altered, with most telecom com­panies facing a severe credit crunch. “The general trend adopted by these companies is to halt further equipment purchase, which has impacted the T&M industry negatively because a major part of its revenue comes from the telecom sector,” shares Yatish Mohan, managing director and head, Rohde & Schwarz India Pvt Ltd.

According to Viraj Pradhan, commu­nication sales manager, Asia Pacific, Tektronix, one of the recent trends in T&M pertaining to the telecom domain is heightened demand for protocol analysis-based network optimisation solutions, dictated by the progressive inadequacy of drive tests as the chief source of data. This trend springs from the new radio access network environment, including cell breathing and power management in universal mobile telecommunication systems (UMTS), and more recently, with the in­troduction of multi-input, multi-output (MIMO) and beamforming that cannot be analysed by sampling campaigns, but need almost a continuous monitoring approach in order to capture the rapid variances in the network.

Secondly, starting with UMTS, a lot of the ‘network intelligence’ has been conveyed to the edge of the net­work, making test requirements for the access more different than previ­ous 2G and 2.5G standards. Many of the T&M procedures need to adapt to the new standard requirements (data speed, encryption, dynamic resource allocation, etc). Beyond 3G, there is also an increased impact of the air interface with new technologies like mobile worldwide interoperability for microwave access (WiMAX) and long-term evolution (LTE), which may transport the focus from ‘wireline’ interface tests to ‘wireless’ interface tests.

Other indicative changes in T&M in the telecom sector include increased velocity of definition and deployment of new UMTS releases; increased complexity of wireless network scenario with coexistence of multiple technologies, driving the need for more accurate and reliable interoperability and inter-working tests; rapid evolution of voice over internet protocol (VoIP) and other internet protocol (IP) based services; the increased adoption of IP multi­media subsystems (IMS); telecom and internet converged services and protocols for advanced networks current rage,” states Joseph. (TISPAN).
There is a surge in instances of testing switching from the bench to onsite locations; be it on shop floors, cell towers, power substation yards, network control racks, etc. “Full-featured, compact and rugged T&M tools are the current rage,” states Joseph

The latest advancements in T&M, in telecom products are mostly pertinent to protocol testing, wi-fi test systems, subscriber identity module (SIM) card tests and network testers. “We have solutions for wireless radio communication  sets, which are used in the defence sector and feature encryption and frequency hopping to facilitate secure communications. We are now focusing on testers for wi-fi testing,” claims Sabapathi S R, director, Qmax Test Technologies Pvt Ltd. Today, more than 90 per cent  of all commercial wideband code division multiple access (W-CDMA) networks globally support high-speed downlink packet access (HSDPA) and many are currently being upgraded to high speed uplink packet access (HSUPA) as well.     Mobile data traffic is escalating exponentially, so network operators will soon have to upgrade their 3G/high speed packet access (HSPA) networks for more performance with either HSPA+ or LTE, or both. “To meet the operators’ production plans for HSPA+ and LTE, all major chipset, mobile and infrastructure manufacturers currently have projects in operation. Rohde & Schwarz has extended its entire existing HSPA port­folio in order to support HSPA+ and to offer a market-leading portfolio for LTE frequency-division duplex (FDD) and time-division duplex (TDD),” reveals Mohan.

Tektronix Communications too, has created a new monitoring solution in order to meet the challenges posed to carriers and manufacturers through the LTE access network architecture. “A new probe for protocol analysis at the air interface (Uu interface) has been developed, allowing seamless monitoring and testing of all wireless and wireline LTE network interfaces,” discloses Pradhan.

Most T&M products attract zero cus­toms duty if the product is imported and only pay the countervailing duty (CVD). Whereas, if the same product is manufactured in India, raw materi­als such as electronic components and mechanical parts, which need to be imported, suffer a customs duty ranging from 5 to 10 per cent, apart from the CVD. Though the CVD is modified value added tax (MODVAT) claimable, customs duty is not. Thus, local manufacturers lose the cost advantage, inspite of trimming the foreign exchange (FOREX) out flow and providing local employment. “Also, the interest rates are higher now at 13-14 per cent compared to 2-5 per cent in southeast Asia,” reveals Sabapathi. “T&M is a growing market with vast potential and is all set to move in fast forward motion if the government of India responds to the hardware manu­facturers’ suggestions on taxation and policy,” he adds.

The availability of precise and reli­able equipment is imperative for business efficacy. The products’ technological edge, reliability and above all, local support are vital aspects that have to be considered by customers while contemplating a purchase. Many foreign T&M manu­facturers enter the Indian market through distributors or representa­tives, but customers prefer consistent and committed local support as they are investing in exorbitant items. Also, customers need assistance in making the right selection, applica­tion advice, post sales support and calibration functions. Instruments too, require regular maintenance and upgradation. Hence, invariably, cus­tomers prefer a company or vendor that provides good customer care, with after-sales facilities. “Above all, company budgets should prioritise on quality instrument purchase and total cost of ownership in the long term and not compromise on the quality over short-term savings,” opines Joseph.

“Look for test equipment that can diagnose faults down to the component level,” Sabapathi suggests. “The key tip for buyers and users is to concentrate on test vendors that can provide a sustainable relation­ship, not only based on the delivery of test equipment, but also in terms of expertise and support to ensure that the investment is truly succouring in reducing business and technological risks, in the development of any new project. In terms of products, seek out multi-technology, multi-standard platforms, which can provide sig­nificant increase in productivity and cost savings. Also, using the same tool for every new technological test can enable significant time and cost savings since no additional training is required every time a new standard is available. Finally, capital expenditure can be reduced and optimised as the same hardware investment can serve multiple projects for multiple technolo­gies,” Pradhan concludes. 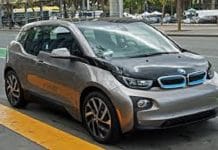 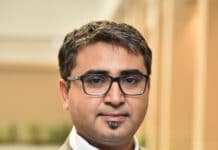 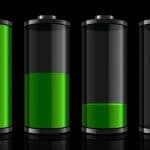 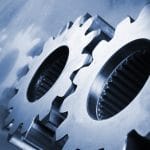