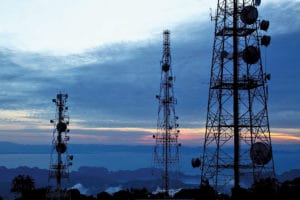 Pre-lockdown, the Indian telecom sector was reeling from a debt crisis, and a Supreme Court order that placed even greater financial burdens on it. The lockdown proved to be a test the sector passed with flying colours.

The telecommunications sector all over the world is proving to be extremely critical at this stage of a global pandemic, as it is offering important infrastructure services to national economies. Businesses across the world have moved more operations online than ever before, so data infrastructure is playing a very pivotal role.

The TRAI (Telecom Regulatory Authority of India) has predicted that the number of fixed broadband subscribers and mobile subscribers will keep increasing between 2019 and 2025. Over the past six years, Internet users have increased to 600 million and this figure will probably double by 2025. As the telecom market transitioned to 4G, there were huge losses for the sector, which were compounded by intense competition. The sector is now weighed down by a debt of approximately ₹ 3.9 trillion, While the number of mobile subscribers has increased, it hasn’t led to overall increase in revenue because of the declining ARPU (average revenue per user) within the sector. This is because, back in 2016, Reliance Jio changed the market completely by offering free calling and 4G connectivity all over the country, which ultimately forced other operators to do the same in order to survive.

Impact of COVID-19 on Indian telecommunications
The COVID-19 pandemic has crippled various industrial sectors in India and around the world, since its outbreak in February this year. Telecommunications is one of the important sectors to be impacted, one that was earlier estimated to contribute 8.2 per cent to Indian GDP. During the harsh lockdown, retail stores were closed all over the country thereby crippling businesses at a massive scale. However, amidst the several challenges in the telecommunications sector, there were various positive signs too, during this period. As the ‘work from home’ concept went mainstream, companies became more digitised. Video conferencing and remote working have been the keystone to business operations during the pandemic, while the OTT players have become the major source of entertainment for the homebound – both factors have fuelled the growth of telecommunications.

Rajan S. Mathews, DG, COAI (Cellular Operators Association of India), says, “Networks kept the nation going when every other industry really had to come to a halt. So, the Internet became the great medium to not only stay connected, but also to conduct business, education and commerce. Everything was facilitated through our networks. Hence, you can clearly see that the importance of mobile operators has increased even more.”

On March 24, 2020, the government had acknowledged the importance of telecommunications in the guidelines passed by the Ministry of Home Affairs, which stated that “…telecommunications, Internet services, broadcasting and cable services, IT and IT-enabled services (ITeS) only are the essential services and are exempt from the lockdown.” This guideline was followed again when the lockdown extended for the second time in April.

According to news reports, overall network traffic jumped by 10 per cent and streaming platforms witnessed a 20 per cent spike in viewership during the two consecutive lockdowns. Hence, several analysts now believe that unlike with manufacturing and other sectors that have come to a near standstill, the telecom industry might emerge as the golden goose of this economic slowdown.

For most telcos in India, there has been a 30 per cent rise in traffic consumption per day (mostly data) along with a shift in the nature of traffic moving from offices to homes, and urban to rural areas. An approximate 40 per cent tariff increase late last year, only for the month of December, came as a blessing. ARPUs rose in the range of 15-20 per cent for most telcos in the last quarter, though only for a month. As per IDC’s semi-annual telecom services tracker, Indian telcos are expected to enjoy double digit growth in ARPU, going forward, as connectivity remains an essential service.

Hurdles faced by telecommunications during the pandemic
Even as the country has increased its dependence on telecommunications, this sector has been dealing with immense challenges. Though the IT and ITeS sectors were excluded from the lockdown as per MHA guidelines, local authorities penned several letters to telecom operators at NOCs (network operation centres) and call centres to close their business operations. It was then that DoT stepped-in and interacted with the chief secretaries of states on March 21, reiterating that states needed to allow the field staff of telecom companies to move about freely, even during the lockdown. And on March 24, DoT urged the chief secretaries to depute a nodal officer who, in case of any difficulties, could be contacted by the telecom licencees and service providers.

There is increased pressure on cellular infrastructure as the demand for telecom services continues to increase, especially on the Internet. Calls have been dropping frequently as most people in India are still using 2G phones and are dependent on cellular networks. The network speed has also fallen due to the congestion in mobile networks. To address the situation, COAI wrote a letter to the DoT and urged online streaming platforms like Netflix, Amazon Prime Video and Zee5 to allow lower definition streaming, and to reduce pop-ups and advertisements.

Mathews adds, “Another challenge that the industry faced was its financial condition, considering the Supreme Court AGR (adjusted gross revenue) ruling which asked industry players to pay up billions of dollars. The industry was already weak, even prior to this ruling, because of the phenomenal debt and due to hyper competition. Fortunately, during the COVID pandemic, the networks were still able to function effectively. One part of the challenge during COVID was the inability of our people to move about freely for maintenance work. The other challenge we have is the maintenance of our mobile towers, and that is because of a lack of resources and manpower.”

The network equipment and handset manufacturers were also affected by the sudden disruption in the worldwide supply chain, which increased the cost of products and led to shortages. The MHA guidelines, as of May 1, 2020, clearly specified that the manufacturing of IT hardware was permitted even in the red zones, but could not be carried out in the high containment zones. According to the Indian Cellular and Electronics Association (ICEA), manufacturers may incur losses to the tune of nearly ` 150 billion due to production shut downs. Hence, manufacturing associations have asked the government to lower taxes, and help cut costs.

Another challenge is the huge fall in the number of new SIM cards being issued.
Satyajit Sinha, research analyst, Counterpoint Research, says, “The major challenge is the activation of SIM cards. When buying a new SIM, there are various procedures to be followed like submitting documents, etc. There is a partial solution for this, since premium phones come with e-SIM connectivity and hence can be activated very easily. Another problem is about the bandwidth. When the lockdown started, there was a spike in data and calling through voice calls. However, calls were getting dropped, so people started calling through VOLTE (voice over LTE).”

Other challenges were mostly around being able to keep the infrastructure up in such difficult times of a lockdown. Field forces faced a lot of issues in keeping towers and cables up and running. There was also a quick requirement for expanding the network capacities. That meant working round and against the clock. All this was happening with the telcos not doing well financially.

Yash Jethani, research manager, regional telecommunications team, IDC Asia/Pacific, says, “It is now difficult to mitigate the network problems by creating virtual war rooms, and NOC rooms through internal collaboration as well as with technician visits to these towers. So we have swiftly moved to providing corporate grade bandwidth in all residential locations. With app-based resolutions and IVR support, telcos were able to take care of the queries. The next big wave is also to offer IoT based solutions across tele-medicine, ‘school-at-home’ initiatives, e-commerce enablement, and others, at the right cost. Ultimately, telecom operators need to be true value exchangers and the ‘new-normal’ enablers in an ecosystem.”

The roadmap of Indian telecommunications, post COVID-19
Overall, the telecommunications sector in India might be one of the few to have come through unscathed by this pandemic because the government and various stakeholders recognised its importance. For smooth business operations on the consumer side, telcos had to really coordinate well with TRAI, DoT, state governments, and other third parties in order to get personnel, material, diesel and power supplies to the tower infrastructure, as most of India is still tower reliant. The government is also pursuing ‘right of way’ rules to streamline telco infrastructure between DoT and the state governments’ IT departments, but this is a work-in-progress to complement wireless-only connectivity.

To promote active tracking of COVID cases, out of 1.17 billion subscribers, the Aarogya Setu app has been downloaded by only 50 million across India. So there is work to be done by telcos, sources at IDC state. A major fallout of the pandemic has been that the government and telecom companies are now working together very closely.