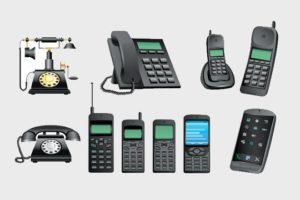 Telecommunications has played a very proactive and important role in the country’s development over the past twenty-five years. While the ongoing COVID-19 pandemic has slowed down progress across multiple fronts, the telecom industry is still going strong due to the extremely influential role it plays in connecting people across different parts of the country, especially during the pandemic. Sadly, it continues to be debt-ridden.

In the past five decades, India has witnessed several advancements in the field of technology – and telecommunications is one of them. The industry started off slowly, but gained momentum very rapidly. In India, telecommunications was introduced at Kolkata in 1850, when the East India Company granted permission for the development of infrastructure to enable quick transfer of information.

The major reforms started in 1985, when the Department of Telecom (DoT) was formed under the Ministry of Communications. In the 1990s, liberalisation changed the pattern and paradigm of developmental thinking. The National Telecom Policy (NTP) in 1994 opened up new horizons, and the first mobile telephonic conversation happened between Pandit Sukh Ram and Jyoti Basu on July 31, 1995.

The importance of robust telecom infrastructure was first recognised in the National Telecom Policy 1994 (NTP-94), which stated that telecom services of world class quality were necessary to ensure the success of the government’s new economic policies. The policy estimated a resource gap of ₹ 230,000 million to meet the telecom targets of the eighth five-year plan of the government of India (1992-97). To bridge this gap, telecom was eventually opened up to private sector participation.

Since then, NTP 1999 and National Digital Communications Policy (NDCP) 2018 have guided the sector as it faced financial, operational and regulatory challenges. Figure 1 shows how privatisation took over the telecom industry between 1998 and 2006.

In the early 90s, commercial activities like banking, IT and international finance started becoming critically dependent on the efficient exchange of information globally. According to Cellular Operators Association of India (COAI), the Indian telecom sector is now the second largest growing market globally after China, serving its huge subscriber base of over one billion with the cheapest tariffs in the world.

Lt Gen Dr S.P. Kochhar, director-general (DG) at COAI, says, “The sector is providing seamless services with a robust telecom infrastructure of more than 600,000 mobile towers and over 2.22 million base transceiver stations (BTSs) (as of July 2020), backed by the investment of over ₹11.25 trillion in setting up world-class mobile networks over the last 20 years. The subscriber base of the mobile industry has more than doubled in the last decade – from 433 million in April 2010 to 1.07 billion in April 2020. The wireless data usage per subscriber per month reached approximately 12.4GB in April 2020 from a mere 0.08GB in December 2014. However, the voice and data realisation has fallen significantly in the last few years – by around 75 per cent and 95 per cent, respectively – resulting in a decline in the ARPU (average revenue per user) levels of the industry.”

Research firm IDC lists all that the telecom operators have navigated in the last two decades – from market liberalisation post-1991, monopolies and costly call rates in the late 1990s with low teledensities of 4-5 per cent, intense competition during the dotcom era, to a series of mergers and acquisitions, innovations supporting communications infrastructure and spectrum use in early 2000s, rise of VAS in the late 2000s, regulatory issues that followed with the 2G auction, and declining prices of voice calls coupled with a phenomenal rise in data consumption post 2008-09. This was followed by rapid technological innovation, consolidation, and immense competition, with Reliance Jio pitching in with its 4G core offerings.

Yash Jethani, research manager at the telecom & IoT department of IDC, says, “The teledensity for India has to be comparable to the major developed economies in two parts – urban (140+ per cent) and rural (sub-60 per cent). Delhi has the highest urban penetration (277 per cent) of all cities, while Bihar has the lowest at 52 per cent. Major developed countries will be broadly within that spectrum – Singapore is at 160 per cent, US at 120+ per cent, while developed Gulf Cooperation Council (GCC) states like Qatar and UAE are close to 100 per cent mobile penetration. India at an aggregate level of approximately 85 per cent has got a push from competitive forces in the last couple of years, and the market now looks ready for newer adoption/business models with a good enterprise/consumer mix.”

Contribution of mobile telephony to the Indian economy in the past 25 years
According to Satyajit Sinha, research analyst at IoT Analytics, India’s telecom timeline can be divided into two eras —pre-Jio and post-Jio. Jio has changed the entire economic structure of Indian telecommunications. It was in 2015-2016 that the total revenue from data first surpassed total revenue from voice in the country. The telecom industry was all set to double its revenue from data consumption, but Jio reduced both voice and data tariff plans. Other operators had to follow suit, and this brought in the post-Jio era. Although it resulted in the entire telecom sector falling into debt, it also contributed a lot to the Indian economy.

According to COAI, the telecom industry aims to contribute between 6.5 per cent and 8 per cent to India’s GDP. However, achievement of the 8 per cent target depends on how swiftly the market recovers post-pandemic.

“During the complete lockdown period, as the telecom players ensured their networks were up and running to meet the unprecedented surge in demand, the sector was contributing 30-35 per cent of the GDP, apart from the present 6.5 per cent direct contribution. This reflects the fact that telecom is not only a vertical industry but also enables industries horizontally to contribute to the economy,” Kochhar adds. Figure 2 shows that mobiles will continue to account for 4.8 per cent of India’s GDP till 2023.

As per IDC’s telecom services tracker, the total mobile data traffic (consumer + enterprise) in India is poised to rise by 79 per cent CAGR over 2019-2024 to reach 1.1 million petabytes. The corresponding spend is only poised to grow by 6 per cent CAGR over the same period, indicating that the sector now needs to be viewed as a value enabler rather than a revenue generator.

Debt: Telecom sector’s biggest challenge
The tough competition, mergers and acquisitions, tariff wars, levies and taxes, high spectrum cost and regulatory compliances have all taken a toll on the financials of the Indian telecom industry. Though the government has supported the industry, the sector is still reeling under a liability of US$ 13 billion.

Last October, the Supreme Court sided with the government over a disagreement on how levies are being calculated by telecom companies. Vodafone, Jio, and Reliance account for 90 per cent of the country’s over 1 billion mobile subscribers, while each has a 30 per cent share in the Indian telecom market. Vodafone and Idea need to pay more than US$ 3.9 billion while Airtel owes roughly US$ 3 billion to the Department of Telecommunications. These amounts were due by late January.

Recently, the apex court pronounced the much-awaited judgement on the adjusted gross revenue (AGR) issue. The key highlights of the judgement were: 1) Telcos will have to pay 10 per cent of the total AGR dues upfront and the balance over 10 years; 2) Applicable interest rate for the same will be 8 per cent; 3) With regard to the transfer of liability of insolvent telcos to players who have purchased spectrum, the Supreme Court has asked the National Company Law Tribunal (NCLT) to consider all relevant aspects and take a decision on the matter in two months; 4) The apex court has clarified that the liability will not get transferred in case of spectrum sharing.

“Debt is one of the major issues in the telecom industry, and the debacle of Reliance Communications is an example of this. Raising revenues through price change will only account for a small percentage of debt along with the risk of subscriber loss. However, looking for new opportunities for revenues, such as content/OTT and IoT, will solve the problem to some extent,” Sinha explains.

These measures will go a long way in making the telecom infrastructure future-ready to meet any crisis. The industry still faces a few hurdles in getting right of way and clearances in a few states, leading to a delay in the setting up of towers or laying fibre.