The joint venture will have its headquarters in Zagreb, Croatia, and is scheduled to be established in the fourth quarter of 2021 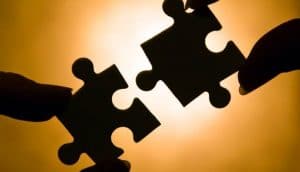 As part of the deal, Rimac will be the major shareholder with a 55 percent stake, while Porsche will hold a 45 percent stake in the company. Bugatti’s shares will be transferred from Volkswagen, which owns Porsche and Bugatti, to Porsche and then to Rimac, the companies said.

Rimac said its development, production and supply of battery systems, drivetrains and other EV components business will be separated into a new entity called Rimac Technology. Rimac Technology will remain an independent company working with many global car manufacturers

Rimac Group’s CEO Mate Rimac will run both Bugatti-Rimac and the new division, Rimac Technology. Porsche CEO Oliver Blume and CFO Lutz Meschke will become members of the board at Bugatti-Rimac. The companies did not disclose financial terms of the new joint venture.

Blume said, “We are combining Bugatti’s strong expertise in the hypercar business with Rimac’s tremendous innovative strength in the highly promising field of electric mobility.”

The companies added that Bugatti and Rimac will both continue as separate respective brands, retaining existing production facilities and distribution channels, while Bugatti-Rimac represents the company that will develop the future of both Bugatti and Rimac vehicles, by joining resources and expertise in research and development, production, and other areas.

The first electric vehicle planned from the tie-up is a $2.4 million all-electric hypercar called the Rimac Nevera, which the company says has about 1,900 horsepower and can exceed 250 mph. The vehicles had previously been announced separately by the companies.

Bugatti-Rimac is expected to have about 430 employees. That includes 300 at the company headquarters in Croatia, where Rimac is based, and 130 at the Bugatti factory in Molsheim, France. The companies said all Bugatti models will still be produced at the famed facility.