ZTE expects growth in India operations this year on the back of business from Vodafone Idea Limited (VIL) and state-run BSNL. 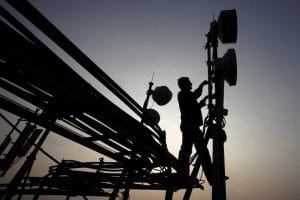 Chinese telecom gear maker ZTE said that it is open to evaluation and testing of its products and solutions by any global authority, including the Indian government to allay cybersecurity-related concerns.

The vendor said it will now ramp up investments and hiring to support the growth in India which has become its top priority outside China.

In an interaction with Economic Times, Xiao Ming, President ZTE Global Sales informed that ZTE welcomes third party or independent to validate their solutions. He also welcomed the Indian government to check ZTE products and solutions and eliminate concerns regarding Chinese companies like ZTE.

India yet to take a call
His comments coincide with the ongoing tussle between the US government and another Chinese gear vendor Huawei. The US has raised security concerns regarding Huawei’s 5G equipment, given the former’s perceived proximity to the Chinese government.

Telecom secretary Aruna Sundararajan recently said that the government is yet to take a decision on whether to allow Chinese gear makers to take part in 5G trials, saying the government would examine all security-related issues on the back of apprehensions raised by various countries.

ZTE, which suffered a temporary ban by the US government last year, has now recovered fully with its monthly manufacturing volume reaching an all-time high last month in the company’s history, the executive claimed.

ZTE expects its India operations will see growth this year on the back of business from Vodafone Idea Limited (VIL) and state-run BSNL. It is also working with Bharti Airtel in a few circles.