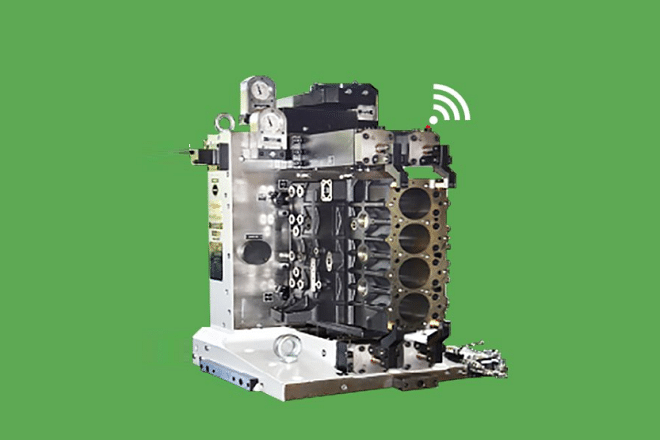 A Fixture, generally, is in continuous contact with the component. Forms and Gears pointed that this makes it ideal for to collect and analyse data at the component level

Forms & Gears, one of Asia’s leading fixture builder has introduced SmartFix 4.0. The company claims this to be the world’s first ever Industry 4.0 solution for fixtures and workholding.

“Over the last few years we came to the conclusion that the next revolution in Workholding would be to make fixtures smarter by making them IoT- and Industry 4.0-enabled and that’s how we have come up with SmartFix 4.0. Smartfix 4.0 can also be used on existing fixtures, test rigs and special equipment also making it a very flexible and easily adaptable system,” noted Reji Varghese, Managing Director, Forms and Gears.

Industry 4.0 is commonly referred to as the fourth industrial revolution. It is the ability of machines, devices, sensors and people to connect and communicate with each other via the Internet Of Things.

Jointly developed by Forms and Gears, and ASM Technologies

SmartFix4.0 is jointly developed by Forms and Gears and ASM Technologies, a Bangalore-based public limited company specializing in product engineering, data analytics and artificial intelligence. SmartFix4.0, as the company explained, is a precision workholding device with the ability to collect, transmit and analyse data in a useful format for the end-user.

“Developed for the first time in the world, it takes Workholding devices and Fixtures into the digital and cyber space,” read company’s official statement.

It continued, “As the Fixture is in continuous contact with the component, it is the ideal device to collect and analyse data at the component level. Sensors to monitor vibration, pressure, sequence of clamping, component presence, etc are mounted on the fixture. And sensors to monitor oil levels, oil contamination and temperature are mounted on the powerpack. The high volume of data collected from these sensors are continuously transmitted wirelessly to the cloud where it is parsed and stored for analysis. The raw data is then analysed using Data Analytics and Artificial Intelligence tools and sent back to a custom-built Dash- board of the end user, which resembles their factory floor, showing all the machines in action as well as a quick summary on the health of each machine, fixture and powerpack.”

Varghese added, “Over the last 48 years, we have seen seismic shifts in manufacturing. We used to do Workholding for conventional machines in the 70s which slowly transformed to Fixtures for indigenous Machining Centers to advanced Workholding solutions for high-speed imported Machining Centers. To keep up with the advancements in the Machine Tool and Cutting Tool technology, Workholding technology has also to keep pace so that the capability of the machines and the tools can be fully utilised.”