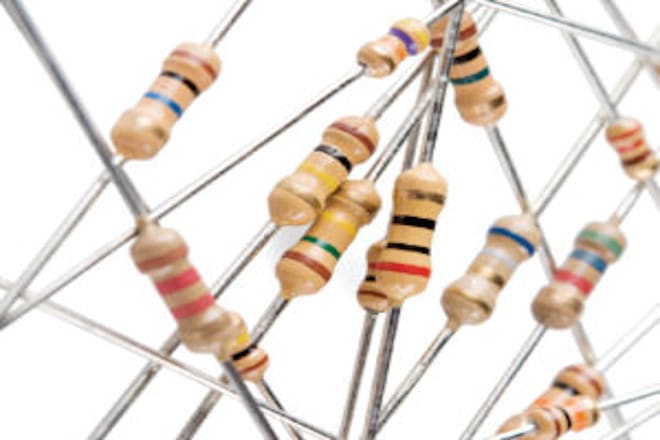 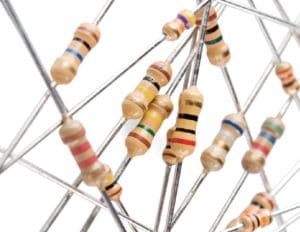 Resistors are one of the most commonly used passive components in electronic devices. As the name suggests, they resist the flow of excessive electrical power or voltage passing through the circuit, in a precise and controlled manner.

Resistors are of various types and are used extensively in electronic equipment. Each kind of resistor comes with different properties and configurations, and its usage is different from one circuit to another. Power resistors are critical components of the equipment used in power infrastructure, especially in the transmission and distribution networks.

Resistor types
Power resistors are available in different types and come with diverse ratings, physical shapes and sizes. Some of the types are listed below.

Carbon resistors: These resistors are the most commonly used in electronics manufacturing. They are temperature sensitive, long lasting, available in a wide range of values and are priced cheap.

Metal oxide resistors: These resistors are widely used these days because of their good performance. They can be used at high voltage and release a low level of operating noise. They come in a broad range of resistances with high temperature stability.

Things to keep in mind while selecting resistors
There are several factors that need to be examined while choosing the right resistor type for your application. A resistor accounts for a small percentage of the cost of the circuit, but could potentially be the source of a lot of damage. Often, resistors are used in higher-voltage applications. One should ensure the resistor is suitable to use for the circuit voltage. It is important to check the voltage rating, or it can cause sparks and break down the system. Resistors are self-heating components, and a good resistor should be able to handle power dissipation, as well as meet safety parameters and specifications. Always look for a resistor that has a heat-sink.

Also, avoid resistors that have a power rating less than the power that will go through it. It is recommended to go for a resistor with a power rating that is at least two times higher. When power resistors are operated above their specified power rating, it can cause short circuits and reduce their life span.

There are different types of resistors available, but they look very similar on the outside. They may also be available with the same specifications—initial tolerance, noise, load life stability, etc. But each type of resistor is made of a different resistive material and produced differently, and therefore exhibits varied performances.

Safety tips
When an ambient temperature exceeds the rated ambient temperature, it is not safe for resistors. Resistors are not resistant to combustion, and emit smoke, red heat, gas, etc. They should be shielded or coated with resin, so that their performance, reliability and stability are not affected. When these protective coatings are chipped or removed, the properties of the resistors can be impaired. To sustain these protective coatings for a longer time, giving a shock to the resistors and handling them with hard tools like pliers and tweezers should be avoided.

In applications where resistors are subject to irregular current surges and spikes, care should be taken that the components used are capable of withstanding the increased load for a brief time. Regardless of the level of power applied, the temperature of the resistor can increase drastically due to, for example, the wiring pattern, heat generated by adjacent components, circuit boards, etc. Therefore, it is important to keep a check on all these to avoid any damage on peripheral components and boards.

One should also keep in mind that excessive bending of printed circuit boards in order to protect the resistors from abnormal stress is a harmful practice. Temperature coefficients must also be checked. This is very important when dealing with resistors that are used with high current or high temperatures, since the resistance drifts quite drastically. Lastly, resistors tend to lose their characteristics when immersed in a solvent for a long time.