Service providers have to employ certain mechanism and a deviation from the net neutrality principles could be temporary, proportionate and transparent.

The Telecom Regulatory Authority of India (Trai) will soon come out with a new round of consultation on the compliance of net neutrality and identification of critical applications that could be exempted under the laid principles around a free Internet. 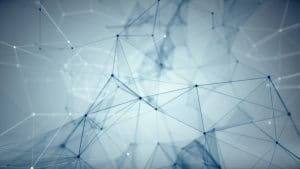 Trai chairman RS Sharma informed Economic Times that consultation paper on how to monitor net neutrality is almost ready, and Trai is coming up with it soon on issues which the Department of Telecommunications (DoT) has flagged, including applications that can be exempted.

The new consultation, according to Sharma, would be on how to ensure the monitoring of mobile phone companies for net neutrality compliance, with some exceptions such as some applications set aside for emergency purposes where the quality of service (QoS) must be maintained and in other scenarios where latency would be important.

In July 2018, the Telecom Commission, now rechristened to the Digital Communications Commission (DCC), had cleared the net neutrality rules – to be incorporated in licenses of telcos – after a five-year-long intense sectoral debate that pitted telecom service operators against content providers.

The regulator had asked the department to notify applications that could be kept away for emergency events or in situations that require low latency, and suggested that for monitoring and enforcement, the government may establish a multi-stakeholder body on issues relating to traffic management and implementation of exceptions and transparency measures.

Earlier this year, the department, in turn, asked the regulator to come out with a separate framework for net neutrality compliance and critical services.

Service providers have to employ certain mechanism and a deviation from the net neutrality principles could be temporary, proportionate and transparent. The applications and situations would be the broad contours that would be under further discussions, Sharma added.