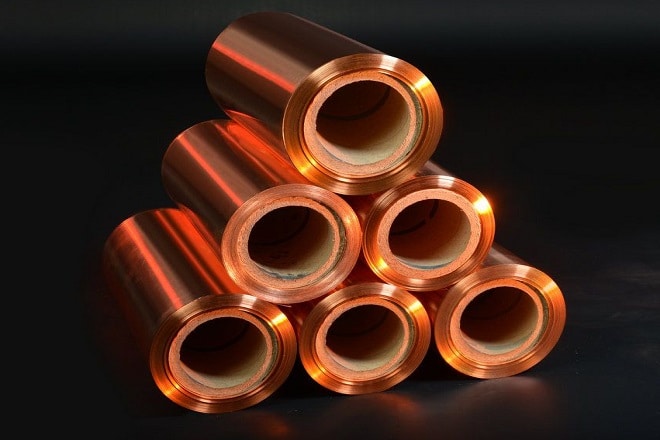 The prices of two of the most common raw materials used by the electronics industry – copper foil and aluminum, are on a sharp rise. The year 2021, may not being any respite for electronics manufacturers using these raw materials

Like all the other industries functioning in the world, electronics industry is also dependent on ket raw materials to sustain the supply and demand levels. For instance, if the supply of semiconductors used in manufacturing vehicles is not able to meet the demands of carmakers, the production of vehicles is halted all over the world. This has been the case lately but what happens if the supply of raw materials used in making semiconductors gets hit? You already know the answer!

Copper Clad Laminate (CCL) and Polypropylene are amongst the two raw materials whose prices have been hit hard as a result of increased demand and static capacity. And while the supply of copper foil is on the right note at the moment, the increasing demand of this raw material, especially from the PCB and battery production industry, might result into prices rising for this key raw material.

Looking towards China, one of the biggest manufacturer and consumer of lithium ion batteries, it becomes a little easy to gauge what the future holds. It also signifies the kind of pressure the supply and demand cycle will have on the copper foils in the coming decade. To understand things better, it is mandatory to know that each Gigawatt Hours (GwH), to get produced, will consume 900 tons of copper foil. That number in KGs happens to be 900000 KGs.

Now, as per a report by Research and Markets, the Global Copper Foil Market crossed the USD 10 billion value and amounted to 177.25 thousand tonnes in the year 2019. But the same report also notes that this industry is facing supply-demand imbalance with low production capacity of copper foil, mainly because of the huge demand from secondary batteries.

To add fuel to the fires, the adoption of copper foil in manufacturing PCBs is also increasing sharply. Circling back to India and China, where the demand of consumer gadgets, such as smartphones, PCs, tablets, and other medical electronics products is rapidly increasing, the situation even gets worse. Point to be noted – copper foil, owing to its high conductivity of electricity and heat advantage is not only used in consumer gadgets, but as mentioned earlier, also in batteries and PCBs, and in solar energy appliances.

As we mentioned earlier that each GwH requires some 900 tons of copper foil, the world collectively aims to create a sustainable environment by switching over to EVs. If a report by International Energy Agency is to be believed then the world will require to create at least 1000 GWh to meet its electric vehicle demands. This simply translates to 900000 tons of copper foils. That again in Kg is about 90,00,00,000 kg of copper foil, and how did we produce lately – 177.25 thousand tonnes in the year 2019!

Goldman Sachs has already predicted a bull market run for copper foil from the year 2020. Why not, the prices of copper foils have touched their highest ever since 2017! Guess what, Goldman Sachs, considers this bull run to be only starting as they state it as the first leg of a structural bull market in copper in their report.

On the contrary, the Wall Street bank has estimated that the prices of copper per metric ton will hit somewhere around $8,625. This is some $900 short of the prices forecast by Goldman Sachs. The catch point, however here is the fact that these prices are atleast $1100 more than the previous estimates of Goldman Sachs. For the record, copper mine production in 2020 fell to 20 million tonnes. These figures in 2019 stood at 20.5 million tonnes. The global demand for copper in 2020 was around 28 tonnes. Also for the record, Asia Pacific, in 2019 consumed more than half of the copper foil produced in the world.

Aluminum and Epoxy Resin: Favorites of the industry

Aluminium, as a raw material is used in the production of metal backed printed circuit boards (MPCB) and insulated metal substrates (IMS). These are usually in high demand from the LED lightning industry as these are used automotive and general lightning. These are also now being highly used in e-mobility charging infrastructure, green energy generation, and all the competing industrial and consumer applications.

The global production of Aluminium stood at around 63.1 metric ton in 2019 (Ediment Aluminum Consulting). The same year, various research and consulting agencies had noted that the demand for Aluminum would be more than 64 million tonnes. However, this year it is estimated that increasing supply of the same from China might help put a cap on the increasing Aluminum prices. Market analyst Fitch has maintained its 2021 aluminum price forecast of $1,850/tonne, up from $1,731/tonne in 2020 during the covid-19 pandemic.

Not to mention, but the increasing geo-political tensions between America and China might also play an important role in the global demand and supply cycle of Aluminum. Fitch has also forecast that the prices of Aluminum will witness an upward trend in 2021. Following the boom of electric vehicles, the European Union has already included Bauxite (precursor to Aluminum) to its list of annual raw materials.

Aluminum is is used in big quantities in capacitors, construct ion and in assembly of electric vehicles. In general, aluminum is the second most used metal in the world after steel. India is the fourth largest producer of aluminium in the world with a share of around 5.3 per cent of the global aluminium output.

It is also worth mentioning here that following explosions at two epoxy resin factories in China, the supply of the same has been majorly hit. The explosions occurring at Xingya plant in Suzhou and Guodu Chemical Resin Plant (both in China) have caused the prices of resin to skyrocket within a short duration of time.Recent data from the German Paint and Printing Inks Association show as much as 60 per cent increase in prices of epoxy resins in recent months. Additionally, the new trading conditions in UK (following Brexit) is also causing a lot of friction between buyers, sellers and manufacturers.

The shortage of containers used to transport epoxy resin around the world, is also been identified as a major contributor towards the rising prices of this raw material. The global Epoxy Resin market size was valued at $7,592.35 million in 2019 (Polaris Market Research).