The test facility will be capable of testing solar water pumping systems and other solar products in compliance with Bureau of Indian Standards guidelines and international standards. 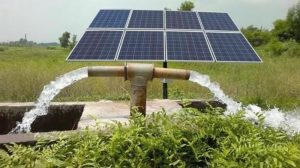 India’s sustainable development think tank The Energy and Resources Institute (TERI) has signed an agreement with the Maxop Research and Testing Institute to establish laboratories to test solar water pumping systems and other solar products in compliance with Bureau of Indian Standards (BIS) regulations and international standards.

The test facility will be able to test up to 10 pumping systems simultaneously and complete testing of more than 300 pumps per year. It will test all kinds of pumps, including surface, submersible and float systems – DC and AC – of up to 10 hp capacity.

Apart from solar water pumps, it will be equipped to test electrical pump sets for energy efficiency under the Star labelling programme of the Bureau of Energy Efficiency.