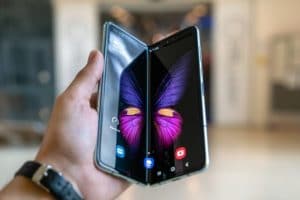 Smartphone makers Oppo, Xiaomi and Google will reportedly be supplied with folding displays by Samsung for their purported foldable smartphone models.

It was reported earlier that the brands would launch their maiden foldable handsets this year. Now, a new report by The Elec suggests that Samsung will start the mass production for its OLED panels from October this year in order to supply these brands.

The report also adds that Google, Oppo and Xiaomi are planning to unveil their foldable smartphones in the fourth quarter of 2021.

As per the report, Google is expected to launch its foldable Pixel smartphone with a 7.6-inch inwards folding display. On the other hand, Vivo is said to use an 8-inch panel for its foldable smartphone which will come with a squarish design and 10.2:9 aspect ratio.

The screen dimensions of the Xiaomi foldable are unknown, but Samsung will be making the foldable panel, while CSOT will make the accessory screen.

Oppo’s foldable phone has reportedly been pushed back to 2022. The company has been collaborating with Samsung Display for the in-folding, clamshell display panel.

The report also reveals that these panels are being made on the A3 lines in Samsung’s Asan plant. According to the report, the foldable smartphone from Vivo will also have a 6.5-inch external display.

The company is also expected to launch three new foldable devices this year. The report also said that Samsung is planning to launch an affordable foldable smartphone this year.