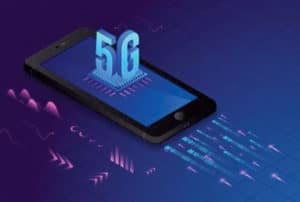 As the country gears up to launch 5G in the market, 5G smartphone sales are seeing a boost in the Indian market. A new report shows that the share of 5G smartphone sales in the January-March period has reached around 7 per cent and is expected to reach 21 per cent for the entire year.

As per a joint report by Counterpoint Research and electronics brand Realme, India’s appetite for 5G is growing, even without a commercial network.

“The biggest drivers of entry-to-mid tier segments are likely to come from Asia with India launching 5G in 2022 and Indonesia entering its growth phase. With a combined population of over 1.6 billion these markets – in particular India – will drive 5G sales growth through the long term,” said the report.

The report further forecasts that one out of every two smartphones sold globally will be 5G by the end of 2022, with average selling price likely to continue shrinking by double-digit percentages through the foreseeable future.

“Over the past two quarters, almost one out of every five 5G smartphones came from the $200-$299 price band, with over one-third at $399 or below. This segment will continue to gain share as the mid-tier expands inline with emerging market rollouts and further expansion occurs within the budget $100-$199 price tier,” the report said.

In Q1 2021, these advanced markets accounted for 86 per cent of 5G devices being sold globally despite having a significantly smaller share of sales across all technologies (53 percent).

The government has been keen on shifting the country to 5G and has bolstered efforts to achieve the same, allowing local telecom vendors like Bharti Airtel and Vodafone-Idea to hold trials to help them transition smoothly.

With the growing interests of the country to adopt 5G, various smartphone makers like Jio and Realme are coming with cheaper 5G models to further the adoption of 5G in the country and also grow their business.

Peter Richardson, VP & Research Director, Counterpoint Research, said “Every generation of cellular technology has seen a different mix of players taking the lead. In 3G it was Nokia, with Samsung taking over in 4G. As we look ahead, the list of players is growing more diverse. Realme is one of the fastest growing brands in the 5G era, thanks to its appeal to younger users who are bound to form a core part of the 5G market.”