Samsung is also pitching to the government for export incentives so that it can even export components from India. 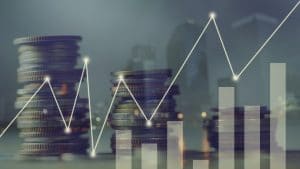 Electronics giant Samsung has lined up fresh investment of around Rs 2,500 crore to turn its India operations into a hub for components business. Two industry executives aware of the development told Economic Times that the investments could be ramped up further.

Activities in the pipeline
Separately, Samsung venture capital arm — Samsung Venture Investment Corp — has set up operations in India to fund startups in electronics hardware or software businesses. The component companies will supply products to both Samsung India and other smartphone vendors who currently source components from Samsung’s overseas operations. Samsung sees a big opportunity for component business considering the government’s thrust on ‘Make in India’ where the tax on imported mobile phone components and consumer electronics is going up, the executives said to the English Daily.

Samsung is also pitching to the government for export incentives so that it can even export components from India. Samsung Display has already signed a memorandum of understanding with the Uttar Pradesh government for a Rs 1,500-crore plant for manufacturing phone display to be operational by next year April. The plant will come up in Noida, according to the executives.

Samsung SDI India, too, has plans to set up a manufacturing unit in India for lithium-ion batteries after the company was floated last month, as per its regulatory filings with the Registrar of Companies (RoC) accessed from business intelligence platform Veratech Intelligence.

According to the executives, Samsung SDI has plans to invest another Rs 900-1,000 crore and will finalise the plans after consultation with the Centre post general elections. These investments come after it inaugurated the world’s largest mobile phone manufacturing unit in India last year at a total outlay of Rs 4,915 crore. It is expected to be completed in 2020.

Going forward
A Samsung Display Corporation spokesperson told ET that the company is looking at various possibilities to secure competitiveness and create market demand in the Indian market, but nothing has been decided specifically till now.

On the other hand, Aa Samsung Venture spokesperson said the company is keen to leverage the startup ecosystem to expedite and enhance product development as well as service offering.