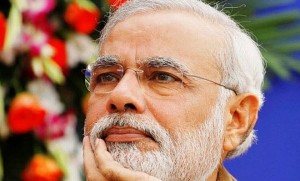 The 50-kilowatt hour (kWh) roof-top solar park that is worth about one million dollars has 193 solar panels, which have been installed on the roof of the UN Headquarters, representing the 193 UN member states.

India gifted the solar panels to the United Nations as an effort to grow renewable energy basket under the leadership of the International Solar Alliance. It is also seen as the country’s willingness to go beyond the talk on climate change and action.

The inauguration is part of a special commemorative event to mark Mahatma Gandhi’s 150th birth anniversary.

PM Modi, who is on a weeklong visit to the US, will be joining other global leaders at the Climate Action Summit 2019 that will begin in the General Assembly Hall at UN Headquarters in New York from September 23.

The UN Climate Action Summit is being held before the second general assembly of the International Solar Alliance (ISA) scheduled in New Delhi from October 30 to November 2. ISA was jointly launched by the PM Modi and the President of France on November 30, 2015 in Paris, on the sidelines of COP-21, the UN Climate Conference.

India plans to reduce its carbon emissions by 33-35 percent from its 2005 levels by 2030, as part of its commitments to the United Nations Framework Convention on Climate Change adopted by 195 countries in Paris in 2015.

Angel Tax Exemption Limit May Be Increased To Rs 25 crore