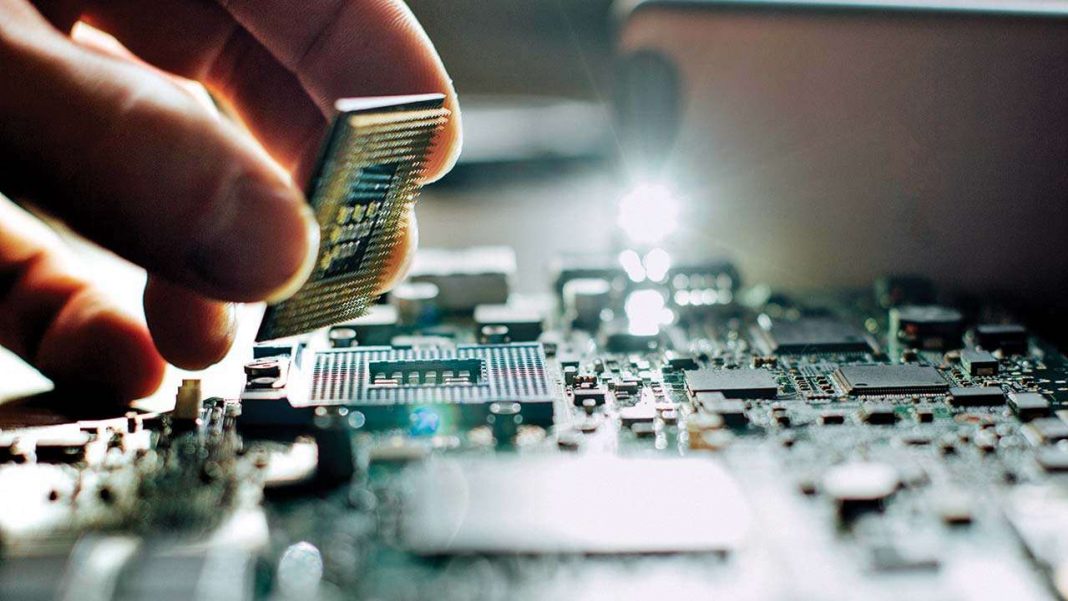 Electronic manufacturing in India: Current outlook
India is one of the fastest developing economies in the world, but it lacks the edge of a competitive electronic sector. Despite a higher reliance on imports, India’s electronics sector has witnessed rapid growth in recent years. Also, technological innovations, like the rollout of 4G/ LTE (long term evaluation) networks and IoT have accelerated the adoption of electronic products in the country. It is even expected that the Consumer Electronics and Appliances market in India will become the fifth largest in the world by 2025.

India is witnessing significant changes in its policies, mainly related to the regulatory and business conditions. The government introduced reforms to improve India’s ‘Ease of Doing Business’ rankings by introducing initiatives such as ‘Digital India’ and ‘Make in India’ to bolster domestic manufacturing. An updated national policy for electronics (NPE) 2019, was recently released and is likely to bring about further policy changes for the industry. India’s growth story is set for a significant push in the electronics market, as the changing policies and regulatory norms will create a conducive business environment.

The NPE 2019, policy predicts that the demand for electronics in India will rise significantly over the coming years. To reduce foreign exchange outflow due to the import of electronics, it is critical to promote domestic manufacturing in this industry. Therefore, the Government has identified electronics and hardware manufacturing as a focus sector.

A rise in demand has provided impetus to the Electronics System Design and Manufacturing (ESDM) sector. For example, the production of Mobile phones, LCD/ LED TVs, and LED products in the country has increased significantly over the last few years. In 2014, India had only two mobile-making units, while by 2017 end, the number of units reached 123, with foreign players also entering the market. 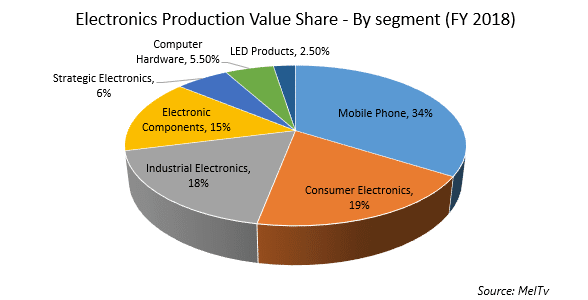 The vast demand for communication and broadband equipment (including mobile handsets and their accessories) has given a boost to this industry and is expected to further augment the demand for electronic components and products. It is estimated that the production of mobile phones for FY 2018 was valued USD 20.4 billion1 (INR 1,320 billion).

The Government of India has prioritized the electronics sector under the “Make in India” program. Several policy initiatives (like NPE 2019) promote domestic manufacturing to boost job creation and skill enhancement, promote investment, foster innovation, protect intellectual property, and to build a best-in-class manufacturing infrastructure. Thus, various steps are being undertaken to create a business-friendly financial and economic environment. This is expected to result in strategic expansion for both Indian and global manufacturers.

NPE 2019 aims to encourage inland manufacturing and export in the ESDM value-chain to achieve economic development and a turnover of USD 400 billion by 2025. The policy is expected to generate employment for 10 million by 2025. The policy aims to increase the domestic mobile production to one billion units by 2025, valued at USD 190 billion (approximately INR 13,000 billion). NPE also aims to increase exports to 60% of the domestic production (around 600 million units worth USD 110 billion or INR 7,000 billion) by 2025. The objective of this policy is to develop the manufacturing of strategic electronics in the country which are critical to various strategic industries, and to support the electronics value-chain, thereby enhancing the national cybersecurity profile.

The NPE 2019 is likely to provide several opportunities for long-term growth in the ESDM sector in India after implementation. The formulation of several initiatives is expected to stimulate the flow of investment and technology, leading to higher value addition to domestic electronic products. An increase in electronic hardware production and export is expected. This would generate significant employment opportunities for students and the unemployed population in electronics manufacturing and service support.