LG Electronics’ plant in Noida has set up a 3.2-megawatt solar power generator and the energy used at this plant is generated entirely from such equipment 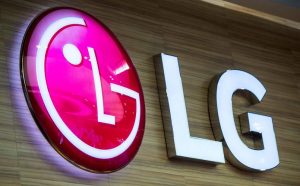 South Korean electronics giant LG Electronics is aiming to shift to renewable energy completely by 2050, as countries and corporations around the world devise policies to reduce carbon emissions. The company also targets to achieve carbon neutrality by 2030.

Notably, LG Electronics’ plant in Noida has set up a 3.2-megawatt solar power generator and the energy used at this plant is generated entirely from such equipment.

The company said that the transition will be done gradually, starting with the energy consumed by its U.S. subsidiary in production, logistics and in its offices, being switched to 100 per cent renewable energy by the end of this year.

The switch will be made via multiple methods including setting up high-efficiency solar panels, purchasing renewable energy certificates and entering power purchase agreements.

“We will do our best to ensure everyone can lead a better life by pushing forward with various initiatives, such as making the transition to renewable energy and achieving carbon neutrality, so that we can exert a greater positive influence on the environment for a sustainable future,” LG Electronics’ Head of Environment Safety Park Pyung-gu said.

LG’s main electronics-making unit pledged in May 2019 to achieve net-zero carbon emissions by 2030. In order to achieve this goal, the company is set to cut carbon emissions across its global production sites from the nearly 2 million tons it recorded in 2017.

LG is utilizing its own business-to-business technology solutions, such as high-efficiency chillers and energy management systems (EMS) to reduce carbon emissions.

LG is seeking to tackle the stereotype that electronics manufacturers are causing the world’s environmental problems by instead creating solutions, through developing products and employing production processes that minimize damage to the environment.