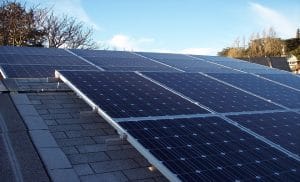 US-based UPC Energy Group secured 50 MW at Rs 2.55 per unit, which was the lowest tariff in the auction, ET reported.

Adani Green Energy, ReNew Power and Orange Renewables are among the other winners.

Some consider these tariffs to be pretty low, particularly for a 50 MW project, as the low tariffs discovered so far have been for large-scale projects.

The previous auction of 500 MW of solar capacity held by GUVNL in September last year had seen a winning tariff at Rs 2.44 per unit. However, a developer told the daily that this was too low, and banks are not lending at these low tariffs.

GUVNL had cancelled the results of a 700 MW solar auction held in December because it felt the winning tariffs were too high at Rs 2.84 per unit.

According to industry experts, the higher tariff was because of the condition set by the state that projects should be located at a solar park, where charges are usually high.

The discom had also cancelled the auction it held in March as it felt that the winning tariffs too were high at Rs 2.98-3.06.