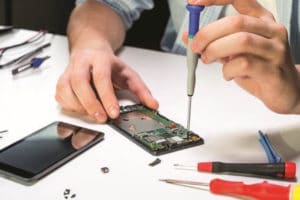 Six global electronics equipment manufacturers, including Samsung Electronics and Taiwan’s Pegatron are in the last stages of discussion with the Ministry of Electronics and Information Technology (MeitY) to either set up units or expand their present ones in India under a special window that expires in three days. These companies had approached the MeitY to to get the benefits under the government’s Production Linked Incentive (PLI) scheme.

An official also said “The talks are in final stages. Most of these deals will for now be in the sub $1-billion (roughly Rs 7,500 crore) range for now. More applications could come in before July 31.”

Among the other global electronic manufacturing companies, Singapore-based Flextronics which has now been re-christened as Flex, has also approached the government to avail benefits under the PLI scheme by expanding its Chennai unit, the sources said. The company currently has 10 other units in India.

The government had earlier made the decision that the new PLI scheme under which companies which set up new mobile and specified manufacturing units or expanded their present units would get incentives of 4 to 6 per cent on incremental sales from goods made in India.

The scheme which is open for a total of five years aims to give out incentives worth Rs 5334 crore in total for the the first year. This would be divided among all the successful applicants. The total incentive given to each company would be decided by an empowered committee consisting of secretaries from the Department of Economic Affairs, Department of Expenditure, Department of Revenue, Department for Promotion of Industry and Internal Trade, Directorate General of Foreign Trade, apart from the MeitY secretary and the chief executive officer of the Niti Aayog.

On the other hand, existing companies such as LG India which has mobile manufacturing unit in Noida is also looking forward to expanding its units has also applied under the scheme. The official also added,“You have Apple’s Foxconn, which is making the latest models from its Chennai plant. In the budget-category phone segment also, Lava, Dixon and Karbonn have applied. We are reviewing their plans,”

Under the PLI scheme, for companies making mobile plans which sell for Rs. 15000 or above, the incentive has been kept at 6 per cent for the first year of their incremental sales. The companies which are owned by Indian national, the total incentives over four years would be capped at Rs 200 crore.

The PLI scheme also envisages incentives for manufacturing some electronic equipment such as transistors, diodes, thyristors, resistors, capacitors and nano-electronic components such as micro electromechanical systems among others. The expenditure on PLI scheme over the next five years is expected to be around Rs 41,000 crore, according to officials.

Initially, the government’s plans to make India a hub for high-end large electronics equipments and semiconductor units hit a roadblock after most global companies opted to assemble in India rather than set up manufacturing units.

It has also been reported that the Economic Survey 2019-2020 noted this and observed that India should follow the Chinese model of becoming an assembling hub for the world for ‘network products’ such as computers, electronics, and road vehicles to raise its share in the world export market.