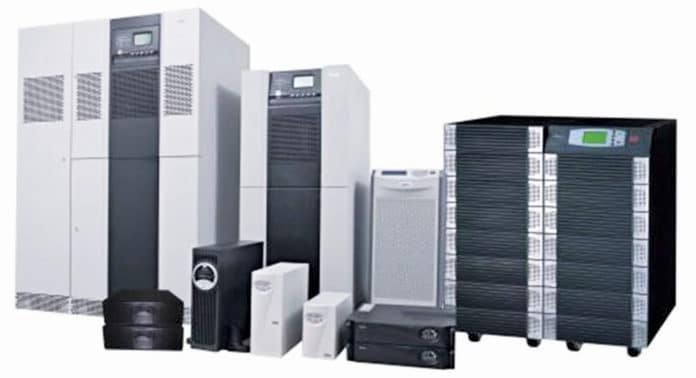 The consumption of power is at an all-time high with increasing automation, digitisation and industrialisation, all of which require reliable power for uninterrupted business operations. This is driving the demand for inverters and UPS technology in India.

Despite the introduction of various government policies to become an electricity-surplus nation, India is still not able to meet this target, and its peak power deficits stood at 0.8 per cent (while the overall energy deficit remained 0.6 per cent) in 2018-19. The installation of back-up power systems such as inverters and UPS systems is, therefore, inevitable. This industry is growing swiftly, both in terms of size and demand.

Initiatives like the National Solar Mission have also fuelled solar based backup power solutions. Interestingly, the demand for power from rural and semi-urban areas has also accelerated, contributing significantly to the growth of the UPS and inverter industry.

Factors driving the inverter and UPS system market
Currently, there is a huge demand for inverters and UPS systems in various sectors across India. The major driver is the IT sector, followed by the IT enabled services and industries, including telecom, banking, financial services and insurance (BFSI), and manufacturing. Low electrification in semi-urban and rural areas has also led to the rising demand for power inverters, which are being used as an alternate power source during power cuts and emergencies. Besides, the heavy use of electronic gadgets and appliances such as mobile phones, laptops, smart TVs, air conditioners, etc, has led to the requirement of more backup power. The market has also witnessed the introduction of many new technology trends and innovations to address changing consumer preferences and lifestyles. Portable power inverters to charge mobile phones and tablets that are very easy to carry anywhere are a major driver of the inverter and UPS system market.

Sharing his insights, K. Nagaraj, director, Sakthi Accumulators Private Limited, says, “UPS systems and inverters are no more luxury products. Gone are the days when only the rich got inverters installed at their homes and UPS systems at their offices. Today, every office, institution and business is IT driven. No one can work without computers and mobile phones. With these devices becoming a part of our daily lives, UPS systems too have become a part and parcel of it. No more can we take those power cuts and interruptions lightly. We look for immediate alternative power sources and UPS systems fit the bill. However, the biggest reason for the adoption of UPS systems and inverters is the shortage of power, and the gap between demand and supply.”

Sachin Bhalla, senior VP – marketing, Luminous Power Technologies, adds, “With the changing lifestyles of the consumers, there is an increasing need for seamless power supply, which is the leading factor driving the industry’s growth.”

Besides, the National e-Governance Plan that aims to usher in an era of e-governance, will also drive the market in a big way. The main purpose of the initiative is to computerise and digitise various government offices and departments, for which seamless supply of energy is required.

Technology trends
One of the technology trends with regard to inverter and UPS systems is a shift towards solar based solutions. Solar power inverters come with a separate solar charge controller to regulate the power from solar panels. And the UPS system is equipped with two inbuilt chargers —the grid charger and solar charger, which provide an instant power supply in case of power breakdown. Besides, demand for power tracking technology such as maximum power point tracker (MPPT) based solar inverters is picking up, as a shift from the typical pulse-width modulation (PWM) inverters.

According to Bhalla, there are three big tech trends in the Indian backup power market:

Green UPS systems are getting popular due to the concerns about energy efficiency and environment hazards. The green UPS design brings down energy consumption by up to 75 per cent compared to traditional UPS models. This helps in improving energy efficiency as well as lowering carbon emissions. Another trend is the shift to transformer-less UPS systems. These systems are efficient when it comes to handling IT loads and data management applications. They are installed with insulated-gate bipolar transistors (IGBTs) that regulate high voltages; as a result, a step-up transformer is not required after the inverter. In addition, transformer-less UPS systems are light and have a small footprint.

What is next?
The Internet of Things (IoT) has raised expectations of enhanced intelligence from inverters and UPS systems. Rather than being standalone devices, these systems operate in close connection with an intelligent network of nodes. IoT systems alert consumers about impending problems in advance, enabling preventive maintenance. Plus, the third-party maintenance feature enables maintenance services 24/7, via remote monitoring.
Nagaraj believes that customers now expect everything to be small and sleek. Complete sine wave inverters today come with an attractive look and smart features like mobile connectivity, as well as an app that shows the status of the inverter, the current battery charge status, hours of usage, remaining backup expected, etc.

Nagaraj notes, “The inverter business is seasonal. Normally, the peak season is between February to June and the off season from July to January. During the peak season, many people install new systems as they expect power interruptions and inconvenience during summer.” He says that now, every new home being built comes with an inverter, which adds to the business. No office, too, can afford to lose valuable data due to power interruptions. Therefore, a UPS system has become an integral part of it.

Market scenario – organised and unorganised players
The market for inverters and UPS systems in India is highly fragmented due to the presence of unorganised and organised players. The unregulated players have 40 per cent of the market, primarily in Tier-3 towns and in rural areas, catering to consumers who are price sensitive. The organised sector is mostly dominated by branded products. The unorganised market is still a very big threat to the industry. The unorganised players don’t have enough infrastructure for R&D or for testing the products. Due to poorly designed products and improper manufacturing methods, they flood the market with low cost, low quality products.
Nagaraj says, “Due to poor quality, the failure rate is also very high for products from the unorganised sector. This creates a very bad image about the product itself. Customers tend to feel that inverters and batteries don’t last long and that clients have to incur replacement or repair costs continuously. This affects their purchase decisions. In Tier 3 towns, UPS systems and inverters are bought from local shops and dealers, who take the customer for a ride. These devices should come into the white goods category and be sold through dealers. This way, customers can expect better service from the manufacturer.

Bhalla has a different view. He feels that the inverter market is very developed and organised. According to him, the top two players account for 75 per cent of the market. The reason for this skew is the demand for high performance and quality products by the consumers.

Key challenges in the Indian inverter and UPS system market
Products from the unorganised sector are available at a much lower price compared to those in the organised sector. This difference has compelled many organised players to reduce their prices. Such practices create unhealthy and unsustainable competition, and can also lead to a compromise on the quality of the products.

Highlighting another important facet of the industry, Nagaraj says, “The power situation is not uniform in all parts of our country. In a few places the power cuts and interruptions are quite low, while in other regions they are quite high. This variation is very important to factor in when designing and placing a product. One product will not work well in all regions of the country. Each market or region requires a different kind of product. This is a very big challenge for the industry. Manufacturers first have to understand the market and region, before placing their product there.”