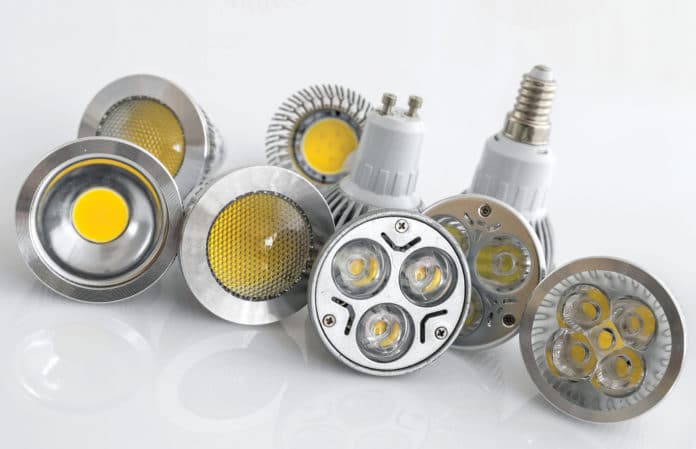 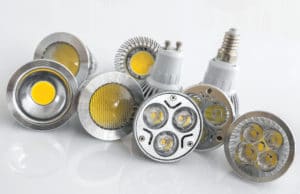 Rapid advances in the electronic components domain are expected to boost the growth of the LED industry in India. These developments have helped to expand LED functionality. But the future of the component industry depends on further improvements, investments in infrastructure and continuous R&D to increase production capacities.

Light emitting diodes (LED) should not be confused with a light fixture or luminaire. The LED is one of the components of the entire fixture. There are different types of LED lights available in the market today, and not all LED lights and components are compatible with each other.
LED lighting offers many advantages over conventional light sources, opening up new ways to use light. As the technology continues to revolutionise the lighting industry, it is important to understand LED components and the role they play.

There are four major components of an LED lamp—the chip, driver, heat-sink and optic lens (and reflector). The LED chip emits lights, the driver regulates the current flowing through the LED, the heat-sink draws heat away from the LED chip, and the lens controls the characteristics of the light output.

LED components
It is the LED chips that emit light. These are small LED pieces attached to the PCB (printed circuit board). There are two main types of chip configurations—Chip on Board (COB) is a single LED chip on a PCB, creating a clean, uniform beam pattern. The discrete configuration has multiple LED chips placed on a PCB.

The light output of an LED varies with the current. Any slight variation in the current can result in unacceptable changes in light output. So the LED driver plays a very important role that impacts the light output and lamp life. It enables LEDs to turn on and off, dim and sometimes even change colour. LED drivers also protect LEDs from current and voltage fluctuations. The latest LED drivers are efficient, consume less power and have inbuilt protection. There are different types of LED drivers such as constant current and constant voltage drivers.

LEDs do generate internal heat within the junction. High temperatures near the LED junction affect its life span, both in the short term and long term, apart from affecting performance. Heat must be removed from the LED chip to maintain the expected light output, life, colour and brightness. The short term effects of improper heat sinking are lower light output and also a wavelength colour shift, while the long term effects include a shorter lamp life.

The heat-sink is essential to dissipate heat. This can be done through convection (by air) or conduction (by contact). Metals, being excellent conductors, are used as mounting materials for most LEDs. When electricity passes through an LED, some of that energy is converted into light, but the rest turns into heat. As the module heats up, its efficacy drops.

The optics sytem collects and redistributes the light in the LED lamp. A lens is used to evenly distribute the light. This is usually made of plastic to reduce the risk of shattering. The light from the LED’s primary optics is too broad for most applications, and lacks intensity over a distance. To alter the beam of light coming from the LED source, lighting fixtures require at least some types of secondary optics.

There are four types of secondary LED optics—lenses, reflectors, total internal reflector (TIR) optics and the holder kit. The secondary LED optics takes all the light within a given bulb or fixture, and magnifies the intensity towards the target, based on how the optics is designed. It also helps to improve colour and light uniformity within the targeted area. Choosing the appropriate lens or optics depends on the application.

Modules, controllers and housings
An LED module helps in controlling the heat-induced deterioration of lights, which ensures the product has a longer life span. Because of this, these lights are well suited for industrial applications that demand long-lasting components with higher light output, thereby minimising the need for a large number of luminaires. To make sure that the right kind of LED module is used in a particular industry, LED module makers are innovating based on the specific requirements of an application or the system architecture.

LED modules are used for backlighting signs, menus, displays, cabinet lighting, cove lighting, etc. Modules are available in different single colours and can be dimmed by PWM dimmers.
LED controllers are an essential component of RGB lighting systems. Without any type of lighting controls, there is no point in having lights that change colour. There are pre-programmed RGB LED controllers available in the market that can be programmed by any one easily. Controllers can be used in static colour modes as well as a variety of colour changing effects. Speed and brightness adjustments vary depending on the type of controller.
There are different types of enclosures available for LED lights for both home and industrial settings. These housings are usually focused on component-specific mounting solutions, attachment methods or additional security features for a particular type of application.

Future scope
The future growth of the LED industry lies in technological improvements and investments in infrastructure to increase productivity and affordability. To encourage broader adoption, industry standards must be developed to cover LED components, modules and systems. Components need to be designed such that there is a further reduction in energy consumption and better colour consistency for various lighting solutions.

For better light transmission, choose the right additives for light...