While Swedish telecom firm Ericsson has applied for the scheme through its Pune-based partner Jabil, South Korean conglomerate Samsung Electronics had decided to not opt for the same 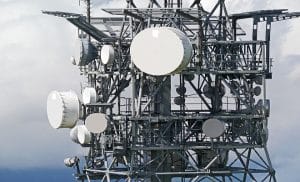 Companies like Nokia, Foxconn, Flex and Ericsson are among the 37 global and domestic firms that have applied for the Rs 12,195 crore production-linked incentive (PLI) scheme for the manufacturing of telecom networking gear.

Domestic players like Tejas Networks, Coral Telecom, HFCL and Dixon have also applied for the scheme.

While Swedish telecom firm Ericsson has applied for the scheme through its Pune-based partner Jabil, South Korean conglomerate Samsung Electronics had decided to not opt for the same.

Samsung had said earlier that it would not participate in the PLI scheme for telecom equipment manufacturing as it is not looking to commit new investments in a market where it has only one client, the one being Reliance Jio. However, sources said that the company’s top management has told the government that it might explore similar opportunities in the future.

Samsung had also skipped participating in the IT hardware PLI scheme although it partook in the PLI Scheme for smartphone manufacturing.

The telecom department (DoT) will now select companies from the 37 applicants based on competitive investment, which means companies committing higher investment will have better chances of getting selected.

Under the plan, 10 large manufacturers and 10 MSMEs will be selected to receive incentives over a five-year period by achieving stipulated production targets. Of this, Rs 1,000 crore has been set aside for the 10 MSMEs, three out of which will be domestic companies.

The applications will be shortlisted from highest to lowest on the basis of committed cumulative incremental investment during the period of the scheme.

The scheme is expected to offset huge imports of telecom equipment worth more than Rs 50,000 crore and reinforce it with made-in-India products both for domestic markets and exports.