Home Editor's Choice The Benefits Of Robotics Outweigh The Challenges

Robotics is playing a huge role in the growth of businesses worldwide. It not only contributes to the smooth running of the business but also eases scalability. This growing technology also reduces the cost of operations. This article covers the growth of robotics in India and globally along with its advantages in various sectors.

A robot is nothing but a programmable machine that interacts with the world physically and has the potential of performing intricate sets of tasks autonomously or semi-autonomously. For the past several years, the demand for robotics has increased among various industrial and hospitality sectors. The robotics sector has improved a lot due to falling sensor prices, open-source development, rapid prototyping, and convergence of different technologies.

The colossal demand for mobile computing has also proved to be a huge boon for the growth of robots and cobots, which ultimately leads to price reduction, swift advances, and the development of sensor technologies.

The popularity of IoT devices is a key factor for the popularity and growth of robotics. According to various experts, by the end of 2025, there will be approximately a hundred billion IoT connected devices that will help generate revenue of ten trillion dollars.

The most imperative factor for the development of robotics is the falling prices of sensors that collect and send data related to torque, pressure, and position. Earlier, for self-guiding robots, the prices of infrared and LiDAR sensors used to be very high. However, their prices have now reduced by almost ninety per cent due to the aggressive launch of self-driving cars by Google’s Waymo and others. Also, 3D cameras that used to be very expensive are now within the reach of every company.

One of the leading international business research firms, Freedonia Group, has speculated that the worldwide escalation for robots will be around eleven per cent each year in the coming three years. The huge improvement in technology during the past ten years has helped enhance the growth of robotics.

Currently, robots are mainly used in material handling, assembling, and welding applications in industries. According to a survey by McKinsey & Company published last year, the industrial robotics market experienced record unit sales of 381,000 in 2017, and currently has an installed base of about 2.1 million units worldwide. The market for industrial robots has been growing at a record rate of around nineteen per cent per annum since 2012, and is expected to continue like this until 2021.

Highlighting the development, growth, and usefulness of robotics, Balaji Viswanathan, founder and CEO of Invento Robotics, says, “In large auto warehouses, robots now run the major portion of the operation that doesn’t need much light, thus reducing the cost of operation. Right now, our virtual assistant enabled chatbots are also a kind of robot that solves our various queries online.”

Usefulness and growth of robotics in global business

Previously, the interaction between a man and machine was very limited and monotonous. But now, with the introduction of new robots, interactions have become very interesting. Nowadays, these robots interact and assist in various physical activities, and also have the ability to save our lives.

Various organisations around the world have now realised the importance of robots and taken important steps to start using these in their various applications. For example, MIT has unveiled a soft robotic fish known as SoFi that can help save the vast ocean. NASA is all set to send a huge bunch of robots to Mars.

Not only this, robotics is also playing a huge role in the giant automobile industry. For instance, in a BMW facility in Chennai, robotic arms pick up material, thus helping in the smooth operation of the assembly line. While such mechanical jobs done by a human involve a lot of effort, robots make these jobs extremely easy and trouble-free. Most importantly, robots make the assembly and manufacture more consistent and efficient.

According to a study by Research Dive, the global collaborative robot (cobot) market will surpass 8,840.5 million dollars by 2026, at a CAGR of 41.2 per cent. Various industries are increasingly adopting cobots due to such advantages as increased productivity, effective employee utilisation, and improved workplace safety.

Phanindra Karody, head, Bengaluru plant, Continental Automotive India, says, “Cobots are designed to share the workspace with humans and take over duties that can result in being burdening, hazardous, or unergonomic such as assembling and carrying heavy components. Employing cobots to take over such mundane work results in minimal or no error while keeping the downtime in check. On the other hand, workers can focus on tasks requiring close attention and maintaining precision at production, quality, and testing.

Thus, promoting productivity, quality, efficiency, and sustainability (in terms of cost-saving, resource-saving, and safety) on the shop floor.”

The robotics firm Addverb exclusively stated to EFY that robots and cobots (collaborative robots) have emerged as a preferred choice by businesses to acclimatise their manufacturing with these changing times. With the onset of Covid-19 pandemic, robotics and increasing automation have become a strategic priority for global businesses.

If implemented correctly, robotics can not only contribute to the smooth running of the businesses but also enable scalability. The technology can ensure consistency so that the same level of quality is achieved from company-wide operations. Flexibility, agility, and productivity are three key drivers that are primarily accelerating the adoption of cobots. With the change in the supply chain paradigm and the quest to provide customers with the best product in the shortest possible time, the businesses have been quick to adopt robots and cobots on the shop floor.

Karody further adds, “These collaborative robots help in relieving staff from the repetitive and mundane tasks and eliminate the inaccuracies caused due to fatigue and manual errors. Businesses can look for the sweet spot by carefully automating the menial and physically taxing tasks and delegating the more adroit and skilful tasks to humans. This sweet spot can ensure highly scalable and accurate operations. With the improvement in technology and IT infrastructure, the application of robots and cobots can see a disruptive improvement and lead to far wider adoption by businesses.”

A report in the International Federation of Robotics (IFR) suggests that a substantial share of this cobot adoption will be driven by more intelligent components such as smart grippers, plug & play interfaces, and programming by demonstrations. Programming by demonstration allows direct programming methods through digital sensors and smart software. For instance, workers can now program a robot by taking the robot arm and hand guiding it through the movements.

Collaborative robots (cobots)—robots that work safely alongside workers—account for three percent of global robot sales, and this share is expected to rise to 34 per cent of a 25 billion dollars market by 2025.”

Growth of robotics market in India and globally

The new World Robotics report shows an annual global sales value of 16.5 billion dollars in 2018—a new record. 422,000 units were shipped globally in 2018—an increase of six per cent compared to the previous year. IFR predicts an average growth of twelve percent per year from 2020 to 2022. Allied Market Research forecasts that the industrial robotics market size is expected to reach 70,715 million dollars by 2023, at a CAGR of 9.4 per cent from 2017 to 2023. Statista, on the other hand, claims that the global market for robots is expected to grow at a CAGR of around 26 per cent to reach 210 billion dollars by 2025. It is predicted that this market will hit the hundred billion dollars mark in 2020.

Talking about the Indian market, it is now one of the fastest-growing economies in the world. Sales of industrial robots in India reached a new record of 4,771 new units installed in 2018—an increase of 39 per cent compared to the previous year (2017: 3,412 units). India now ranks eleventh worldwide in terms of annual installations, claims IFR. The Indian industrial robotics market was evaluated at 4,564 units in 2018 and is estimated to grow at 13.3 per cent CAGR in the coming three to four years.

Challenges of robotics in manufacturing

Robotics has considerably reduced several pains of the manufacturing process, including reduction in the cost of operations. But there are various obstacles faced by manufacturers while installing robotics in their units. These are as follows:

When new robots are installed in the units, a new form of training and skills are required for the employees. They have to be trained on how to operate in this new environment. Also, companies have to look for a few other employees who have the necessary qualifications in handling robotics

There is a saying that every development comes at some cost, and the same is the case with robotics. The industrial robots come with several safety hazards to the units, and strict regulations have to be maintained. Manufacturers have to look for and take all the necessary precautions before installing robots.

For the industrial robots, a huge upfront cost is associated, though their prices are now decreasing. The volume of production and sales level will have to remain stable during the speculated ROI timeline to compensate for the initial investment.

Apart from manufacturers, robot makers themselves face several tough challenges. These challenges are hindering the practicality of professional services of robotics in businesses. 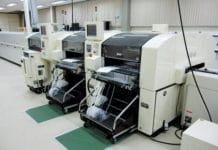 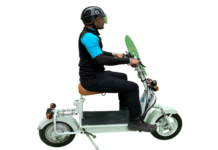