LED Lights is one of the fastest growing businesses in the world. While India is considered the second biggest consumer of these lights, can it also become the biggest in manufacturing these? 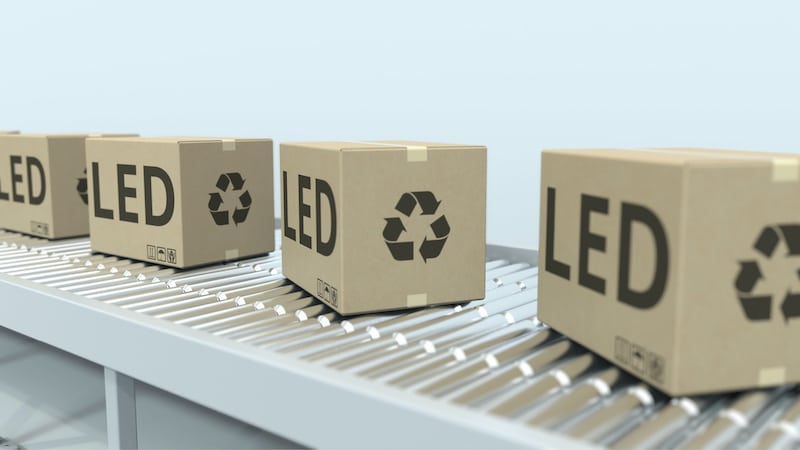 The Indian LED lighting market, as per a report by IMARC, reached a value of US$2.87 billion in 2019. The global lighting market size, on the other hand, stood at US$115.44 billion in 2018 and is projected to reach US$161.58 billion by 2026. China, India’s neighbour, is one of the top exporters of LED lights. India, on the other hand, is a big importer of LED lights and a variety of components that go into these lights.

Based on these facts and figures, and the government of India’s focus on promoting manufacture of electronics within the country, EFY interacted with Parag Bhatnagar, SVP, Havells; Raja Mukherjee, BU head, Panasonic Life, and Arun Kumar, business leader, Signify. This interaction was chaired by Arpit Chhabra, CEO, IoTfy with the aim to find answer to one question: Can India lead in LED manufacturing space?

“The adaptability of LED lights in India is perhaps the best on the globe. We are poised to grow 15 per cent YoY in terms of further adoption. The demand for LED lights is projected to grow at a rate of 23 to 24 per cent per year till 2023-24. India, with its base of around 100 manufacturers, will be able to meet this need but there are challenges on the capability front,” says Mukherjee.

A look at the current capabilities in India

Mukherjee explains that the advent of LED lightning would now require subject matter experts. The availability of such experts in India is an issue at present. Setting up the ecosystem for enabling growth of LED lights in the IT vertical is another big challenge.
India, when it comes to assembling these, falls at the top of the value chain. However, to call India a manufacturer, the country will have to graduate in terms of a lot of things ranging from ICs, modules, and every other component that goes into manufacture of LED lights.

He further explains that, while we may be sufficient in producing as per present requirement and forecast for the near future, India still needs to build capability to produce components for which it depends on other countries. He points out towards thermal and optics components as two examples where the country needs to build its capability in particular.

“Three aspects which the LED industry should focus on right now are R&D, design studios, and components side. While the first two are industry extensive, the third one is where the government will have to step in to make India a hub of LED lights manufacturing,” says Bhatnagar.

Parag, giving example of recent PLI scheme for manufacturing mobile phones, explains that something of similar nature is needed for India’s LED lightning industry. Offering incentives, as per him, to the players falling in the LED lights ecosystem can make a huge difference in the industry. It is to be noted here that the PLI scheme for mobile phones offers four to six per cent incentive for mobile phone makers calculated on the basis of incremental sales per year. 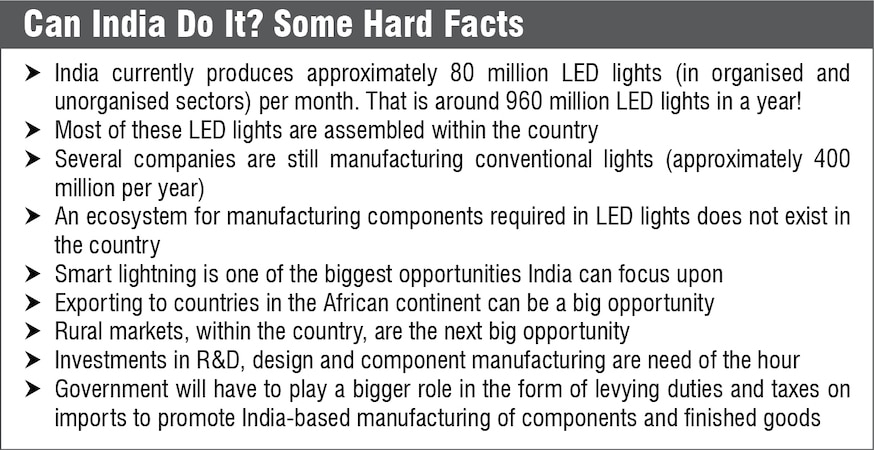 How to produce LED lights for the world

Mukherjee advocates that both the public sector as well as private players will have to play equal roles to make India a hub of LED lights manufacturing. The LED lights market in India, pointed out by Arpit Chhabra, CEO, IoTfy, is fragmented and price insensitive. The first step towards making India a global hub of manufacturing LED lights should be in the direction of discipling the market.

“We will have to start with consumer awareness campaigns focusing on educating the consumer about the bad effects of using not-up-to-the-mark LED lights. These campaigns need not boil down to the price factor every single time. Not just buying the product, the consumer needs to understand the overall cost associated with owning a bad and a good LED product,” he explains.

The next step, as Parag explains, should be introducing standards in LED lights that are compliant with the standards that are acceptable on the global level. It is to be noted here that the new BEE standards for LED lights are set to come in effect from January 2021.
Building a robust components ecosystem in India should be the first focus as per Arun. It is the components that decide the quality of LED lights manufactured, and it is the quality of products which defines whether these would be accepted and entertained on a global level or not.

“It’s great to see that India-based players can assemble millions of LED lights in the country. But if we are to become a global hub of manufacturing LED lights, we will have to be very strict in terms of the quality of components that we use. The best way to do the same will be to develop a robust ecosystem of component supplies in the country itself,” opines Kumar.

The governments will also have to ensure that manufacturers follow all the BIS and BEE norms stringently. There have been products in the market which have promised something and offered something else. Arun explains that such products, once exposed, do not just create a negative image of the brand but also for the whole country.

Cheap imports of LED lights by the unorganised sector, as per the leaders from the lightning industry, are hurting India’s economy already. These also carry the danger of creating a negative image of the country in terms of its capability to manufacture LED lights for the world. There are many unorganised players who import unsafe LED light components just because they are cheap. The threat to one’s safety is also a concern because of the same. 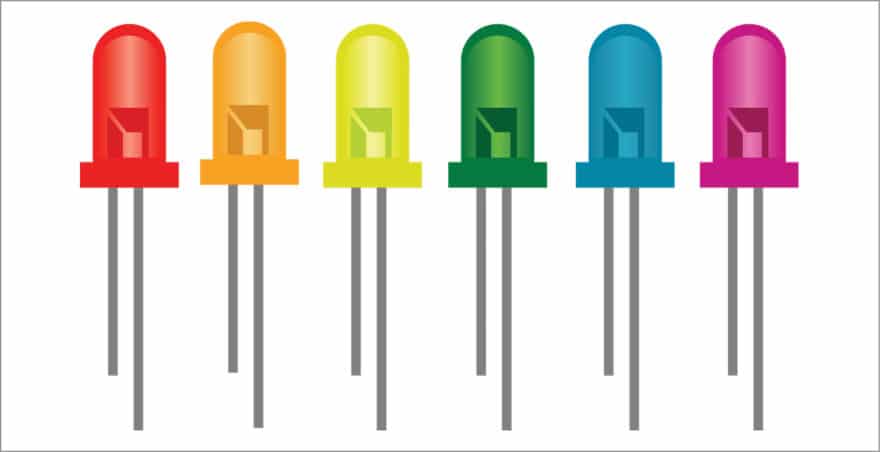 It is to be noted here that India imported lamps and lightning fittings amounting to a value of over US$436 million in FY 2020. India, as per Energy Efficiency Services Limited, is the second largest LED lights market by value.

As a matter of fact, the government of India has recently introduced mandatory testing of LED lights imported from outside India. The customs department of the country has been given a free hand to randomly pick up samples of LED lights and get them tested at labs accredited by the authorities.

Interestingly, China is among the world’s largest exporters of LED lights and raw materials required for making LED lights. During 2014-15, India imported LED lighting products under HS code 9405 worth US$ 222.3 million. China was the largest supplier with a share of 84.76 per cent, followed by Republic of Korea with 5.43 per cent and Hong Kong with 2.4 per cent.

The two questions that need to be answered in order to make India a hub of LED lights manufacture revolve around dumping of components and finished products in India by foreign players and our dependence on imports. Raja explains that if we keep focusing on importing certain components required for manufacturing LED lights, we might not be able to focus on developing an ecosystem for manufacturing these components in the country.

“If we keep importing components into India, we might not feel it to be important for developing these within the country. The government also needs to start by putting up certain entry barriers in forms of duties and legislations to make sure that production of components required for LED lights is promoted,” says Mukherjee.

The volumes of LED lights that are being assembled in India might not be perfect for setting up the component ecosystem here. Arun explains that if India starts getting export orders for LED lights, and the conventional lamps still being produced in India are replaced with LED lights, the volumes will become good enough for component makers to set shop in the country.

“If volume comes, people will definitely invest in manufacturing components for LED lights. Once the volume comes India can easily become the export zone of LED lights,” feels Kumar.

The availability of cheaper products, as pointed out by Parag, is a challenge that every business faces. Parag explains, the best way to address this challenge is by adding value for the end-consumer. Investing in R&D and design, as per him, is the best way to move towards the direction of making India an export hub for LED lights.

“The modern consumer, whether from India or from abroad, is a very smart consumer. If you can add value to a product, the modern consumer will value it. I am very happy to say that a lot of manufacturers in India have started focusing and investing on R&D and design to make the quality better,” says Bhatnager.

While there are a lot of interesting verticals coming up in the LED lights arena, the one that India can possibly lead in is the smart LED lightning. The trend is not only picking up pace in India, it is also picking up pace in a lot of developed countries. The market for mood lightning, voice-activated lightning. automatic lightning, use of smart LED bulbs in vehicles, and LiFi have started to show promising growth.

India, as per Kumar, should focus on this vertical given the excellent work IoT developers in the country have shown. India’s capability to design IoT solutions around LED lights comparatively economically than a lot of other countries is a big strength. He explains that betting big on this vertical can help the country appear on the globe as the hotspot of manufacturing smart LED lights. 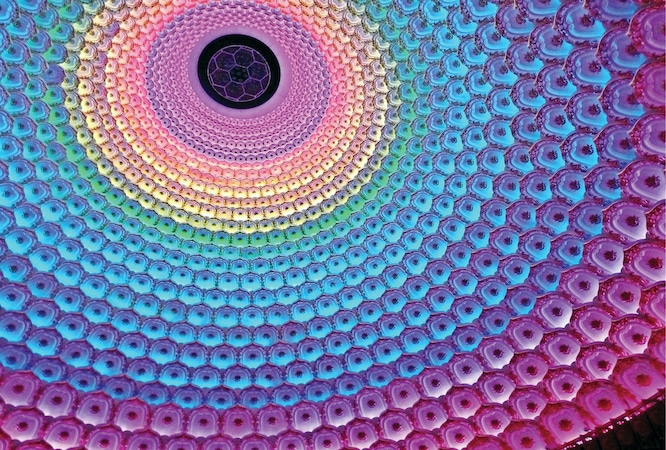 The next big opportunity in terms of LED lights will come from rural India and small towns in the country. Parag explains that these areas have not yet witnessed the advantages in terms of cost savings that LED lights offer.

Further, there are many countries in the world which can be a great market for LED lights manufactured in India. The neighbouring continent of Africa is a big example of how big the opportunity is on the global level. India already exports tons of generic medicine, mobile handsets, and automobiles to the many nations in Africa; LED lights can be an addition to the list.

Mukherjee explains that facade lightning is also a big opportunity. The government is trying to capitalise on night tourism, and facade lightning has a huge role to play in the same, according to him. 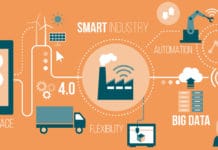 Can Smart Equipment For Electronics Manufacturing Help Save Money And Time? 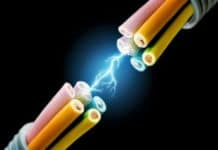 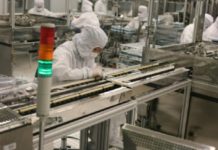