The LED lighting boom is here to stay 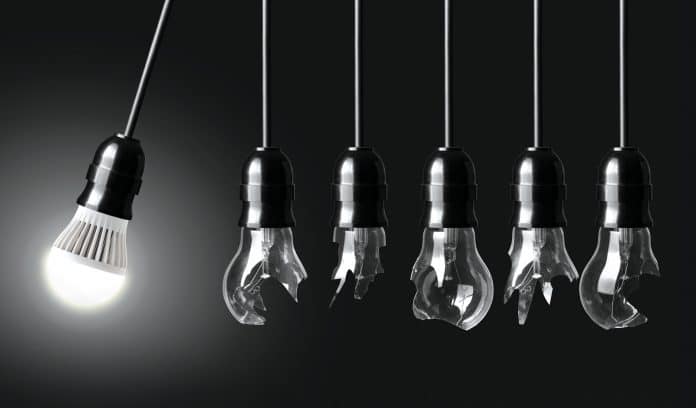 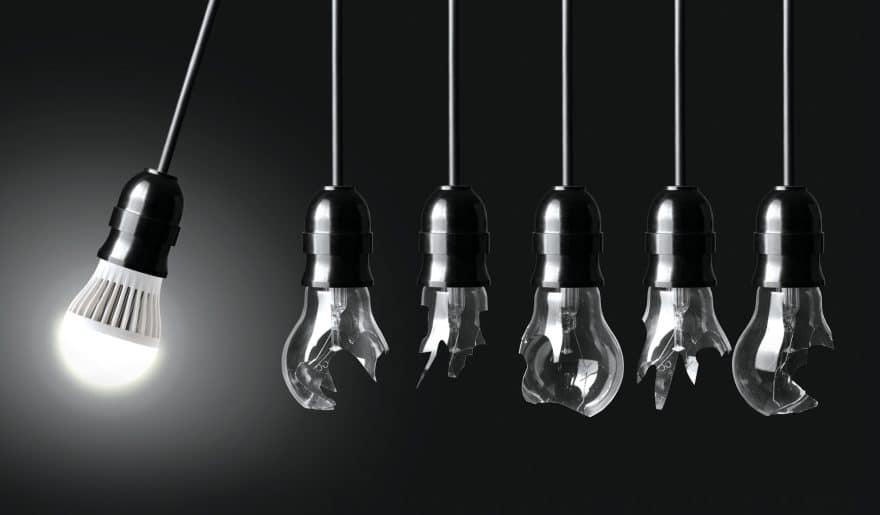 The ever increasing need for a smart, connected lifestyle as well as energy-efficiency measures are going to drive the growth of the Indian LED lighting industry.

The Indian lighting industry is evolving rapidly due to the shift from conventional bulbs to LEDs, which is being driven by increasing government energy conservation initiatives, rising consumer awareness about energy-efficient products and innovative product offerings in sync with the mega trend of digitisation. This evolution indicates a tectonic shift in technology from electrical to electronics, representing significant growth opportunities for companies offering the electronic hardware/components, products and solutions used in LED lighting. There are also opportunities for prototype designers, electronics manufacturing services (EMS) providers and original equipment manufacturers (OEMs). In this report, we try to provide insights into India’s LED lighting ecosystem, focusing primarily on market size, opportunities, the major demand-generating applications, hindrances that impact growth and emerging technology trends.

Market size
India is the second most populous country in the world and yet, is only the fifth largest electricity consumer – a situation that has led to an ever-widening demand-supply gap. Consequently, the market for energy-efficient products such as LED lighting is bound to grow, riding on the initiatives that encourage the use of LED lights, the focus on smart city projects, an efficient public distribution system and the ever increasing need for a smart, connected lifestyle. According to report from the Electric Lamp and Component Manufacturers Association (ELCOMA), the Indian LED market is expected to grow to Rs 261 billion by 2020, which is approximately 80 per cent of the total lighting industry.
According to a report from TechSci (a global research-based consulting firm), the LED lighting market in India is projected to register a CAGR of over 24 per cent during 2016-2021. The Indian LED lighting market stood at US$ 918.70 million in 2016, and is projected to grow at a CAGR of 24.66 per cent, in value terms, to reach US$ 3.76 billion by 2022, on account of increasing government initiatives to boost LED adoption and growing awareness regarding lower power consumption of LED lighting products. Moreover, easy availability at low prices, coupled with the distribution of LED bulbs by the Indian government at affordable rates is augmenting demand.

The key factors that are expected to boost the market include declining LED prices coupled with favourable government initiatives that provide LED lights at a subsidised cost and promote LED street lighting projects through a special energy services company (ESCO) model created by EESL. Moreover, apart from rising consumer awareness about the cost-effectiveness of LEDs, their enhanced life, energy-efficiency and eco-friendly nature will continue to drive volume sales from the industrial, residential and commercial sectors.

The demand for streetlights is being driven by government initiatives. Demand for LED lighting products used in residential and office spaces is mainly driven by increasing consumer awareness about energy-efficient products with more functionalities. Increasing demand for LEDs for industrial areas including warehouses, manufacturing floors, etc, is a new trend. In the hazardous work areas across industries, too, most of the new lighting requirements are for LEDs.

The demand for LED lighting in India is still mostly driven by metro cities due to awareness and socio-economic growth. However, the demand from Tier-II cities is expected to grow too, on account of the potential applications for street lighting and industrial lighting. The demand for LED lighting from rural India is also going to increase significantly, soon, due to the government initiatives (Figure 1) for implementing rural LED streetlighting projects by retrofitting conventional streetlights with LED lights in gram panchayats under the Street Lighting National Project (SLNP). Further expansion of such initiatives across the country will open up new market areas for the LED lighting industry.

Retrofit installations are in demand across all kinds of applications.

Smart is the new success mantra
Smart, connected LED lights are going to be the next big thing in the LED lighting market. Lighting systems are getting smarter as autonomous, self-commissioning illumination systems are emerging. The industry has switched from analogue to digital systems as LED lighting allows users to control, monitor and measure lighting output. This transformation is taking place across public, home and professional lighting, and these smart connected LED lights will emerge as the most widely adopted IoT devices within the next five to ten years. Control devices, dimmers and wireless lighting with advanced sensors will cater to the needs of modern consumers.

According to a study by Nielsen, lighting control is the most frequently used daily home automation feature. Smart lights appear on a shortlist of technologies beginning to appear on many buyers’ must-have lists because of their ability to improve security and comfort, while cutting electricity costs. According to Gartner, smart lighting installations are expected to reach 2.54 billion units by 2020, globally.

Smart lighting can be considered more like service that ensures a better experience than as a product category. For example, instead of switches and push-buttons, motion sensors are being used to control light automatically. This reduces human intervention and saves energy. Smart lighting also offers convenience in other ways, such as a change in colour as per the weather conditions, a light pulse to replace the doorbell sound, etc.

Leading brands are paving the way with smart LED bulbs and switches that connect to Wi-Fi and offer app-, button- and voice-controls for the positioning, brightness, warmth and colour of connected bulbs. The major technology behind smart connected homes is IoT. According to Strategy Analytics, IoT growth is higher than ever, but annual growth will begin to taper as the market stabilises in the near future, dropping to 9 per cent by 2021.

Most of us are worried about the security of our homes while we are away. Smart homes offer a solution for this too, such as lights that come on at certain times of the day, both indoors and outdoors, giving the illusion that you are home. There are multiple ways to customise these solutions, too. As home owners drive up to their houses, lights can come on based on geo-fencing, or the owners can remotely use an app to turn the lights on. Lights can come on based on a timer too.

Smart lighting technology is evolving to seamlessly integrate into smart home systems. Bluetooth-enabled systems that don’t rely on the Internet need only the app and the fixture to operate. Light switches and bulbs may look completely different in 10 to 15 years, as consumers are looking for neat and sleek designs.

Challenges to be addressed

The successful resolution of the following issues through appropriate industry initiatives and government interventions will not only help the LED lighting industry to achieve sustainable growth but also help the country to move towards greater self-sufficiency in power generation.

What’s next?
In the near future, the revolutionary Li-Fi (light fidelity) technology can be the game changer for the LED lighting market. Li-Fi is a wireless communication technology that uses the infrared and visible light spectrum for high speed data communication. In its present state, only LED lamps can be used for the transmission of visible light. According to industry experts, one of the biggest applications of Li-Fi could be in the upcoming smart cities in the country, where the underlying theme will be the Internet of Things for modern city management and the connectivity will happen through LED bulbs. Li-Fi speeds can touch as much as 10GB per second over a 1km radius. Moreover, Li-Fi has the advantage of being useful in electromagnetic sensitive areas such as in aircraft cabins, hospitals and nuclear power plants as it does not cause electromagnetic interference. Li-Fi is expected to be ten times cheaper than Wi-Fi; however, it does have some potential downsides such as a short range, low reliability and high installation costs.

In January 2018, MeitY successfully tested this technology in a pilot project that it jointly conducted with Philips India and the Indian Institute of Technology-Madras. Philips India also launched this revolutionary technology in the country last year by offering Li-Fi enabled luminaires in its existing office lighting portfolio. Needless to say, Li-Fi is all set to revolutionise lighting and Internet services in the country and across the world.