Home Editor's Choice “Global Trade in Electronic Component is Estimated to be US$2.1 Trillion”
Advertisement 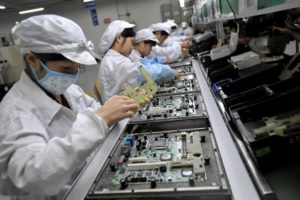 In an exclusive interview with EFY Enterprises, Rabyte Electronics shared the affect that IoT is creating on the electronics components market and in its manufacturing.

How are electronic components evolving with the increased adoption of IoT?

The digital world is in for a transformation driven by artificial intelligence, cloud and importantly Internet of Things (IoTs) commonly referred to as machine language. The global trade in electronic and hardware products is presently estimated at US$2.1 trillion and it is still growing and is about to overtake the global trade in oil. IoTs constitute a major part of that estimated at US$ 800 billion or so. IoTs growth is going to be phenomenal since it has application in all segments of human behaviour-from healthcare to manufacturing to spacecraft.

The incredible synthesis between humans and machines is growing creating new paradigms in technology and devices we use in our ordinary life. As machines generate more and constant streams of data that can be harnessed into actionable intelligence to improve the living standards of the civilisation, newer solutions are emerging in healthcare, education, transport and of course manufacturing. It is also opening up newer vistas in research and development and disruption to evolve state of the art devices that are friendly to humans and distance neutral.

Coming to the Indian context, we are finally waking up from a deep slumber. Prime Minister’s Atmanirbhar Bharat and the focus laid on hardware segment of the Indian ICT segment can lead to unprecedented focus on electronics and hardware and IoTs in particular. Our effort should be to have a strong base for electronics and hardware manufacturing in the country, which is presently pegged at US$70 billion. Of that the share of IoTs is negligible. Our export of electronics goods is only US$11 billion, whereas we exported software close to US$155 billion last year. For giving a critical push to strengthening IoTs base in the country, we have to re-imagine and refocus on making connected devices, central control hardware, manufacturing more devices for user interfaces, and network interconnection etc. In short, our strengths in computer software should combine with hardware to produce more embedded technologies.

How will IoT technology impact the electronic components market? 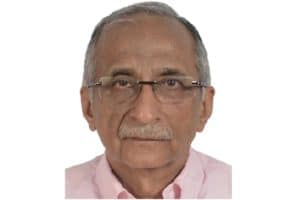 The growth of electronic component industry is closely linked to the manufacture of end products and vice versa. They go together. Let us take an example. In India, we have made great strides in the manufacture of mobile telephones and we are increasingly exporting them. That was not the case earlier. The government has addressed some of the anomalies in our customs duty structure to set right some lop-sided policies. I would say there are still some drawbacks in the system. We are importing most of the components that go into the mobile phones such as sensors, connectors etc. That will reduce our net export bill since a considerable chunk of the components has to be imported. That is not the case with countries like China, South Korea, Japan and even Vietnam. They have built a strong component segment to cater to the manufacture of end products. The new electronic policy announced by the government gives considerable importance to evolving an ecosystem that synchronizes manufacture of end products and component segment.

My suggestion is that when we are focusing on IoTs, we have to give equal importance to developing a component industry that supports the end –product, a sort of forward and backward integration. Otherwise, it will be a zero sum game. Also, there is a huge market for IoTs components globally. If India has to up its market share of 3.3% in the electronics world trade, focused attention should be given to the component segment of IoTs also.

Any major challenges to meet the demand for electronic components used in IoT devices?

Of course, it is a major challenge staring at us. IoTs and component segment connected to IOTs is currently in a nascent stage in India. We have to move in value chain. Therefore, there is need for customization. Both segments will have to move together. Otherwise, we have to depend on markets like China or other countries both for IoTs and the components. Let us take an example how China had developed its supply chain for electronics ecosystem. The batteries that are used in electronic devices are made of lithium, which is mined from some African countries like Zimbabwe. The mines are either owned by China or they are the major importers of that mineral from that country. As a part of the emerging geopolitical developments, if India stops import of goods from China, what would be future of the electronics segment in India. To build this segment, we have to look at major sources for importing raw materials that can help us to manufacture components in the country.

Is IoT a promising business opportunity for electronic components distributors?

Yes, since the demand will increase in near future, business opportunities will grow for electronics distributors. Electronics has the potential to become a household industry like in countries like South Korea. This calls for different layers of interlocutors. If it is made at the micro industry level, the entrepreneur will have limited experience and time for marketing the both in India and abroad. That is also true in the case of devices. End products manufactured by MSMEs or even large enterprise need distributors for reaching out to the customers. I foresee phenomenal increase in the number of distributors in the electronic hardware segment since the volume of business and even exports are expected to register high growth rates.