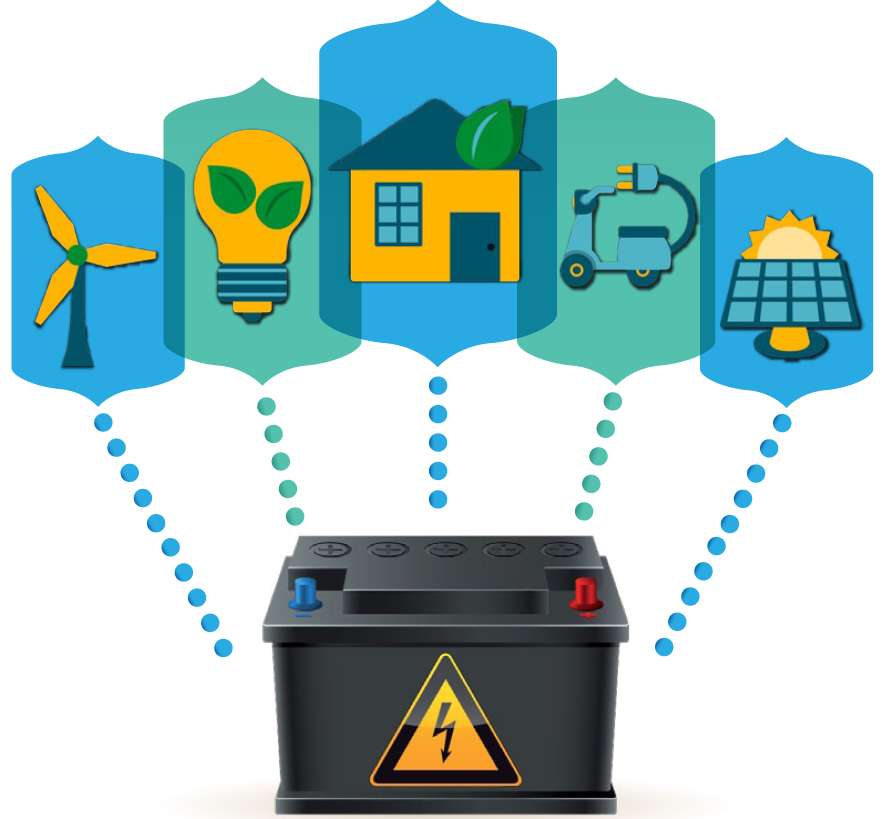 SMF batteries are among the fastest moving because they serve a wide range of applications. Manufacturers are now designing application based SMF batteries, as these offer better recharge and discharge capabilities
By Gunjan Piplani

What’s new
SMF batteries have a wide array of applications. Understanding this, manufacturers are now concentrating on developing batteries exclusively for particular applications along with new technologies.
“The Indian market is predominately loaded with SMF batteries, at present, governed by VRLA absorbent glass mat (AGM) technology. There are few players that do offer VRLA gel battery. I am of the view that the latest SMF version would be the combination of both AGM and gel named as VRLA hybrid technology. Monobloc 12V in the range of 5Ah to 220Ah, 2V in the range of 40Ah to 6000Ah capacities are generally available in the Indian market,” shares Sreenivas.
Southern Batteries’ hybrid batteries, under the brand name Hi-Power. These advanced SMF batteries offer benefits of both AGM and gel properties in terms of longer service life time in elevated temperature conditions; lower float current, significant reduction in water loss; reduced water loss and lower float current eliminate the risk of thermal runaway; excellent performance when operated under abroad range of ambient conditions from arctic to hot climates and lowers the stratification effect on tall cells, thereby increases the cyclic life under Partial State of Charge (PSoC) conditions.
For applications, there is a strong orientation towards the segments that the Indian government is focusing on, which includes solar and lighting applications like LED torches, emergency lights and others.

For lighting applications: The latest in this arena are the SMF batteries for LED torchlights, introduced by Amptek Batteries and supposedly the first of their kind, according to the company. The 4V SMF battery series is specifically used for LED based lighting solutions. Apart from that, the company has also introduced 6V 2.8Ah, 12V 2.9Ah and 12V 5Ah batteries (suitable for American Power Conversion Corporation – APC UPS systems), which were earlier not available.
Other brands, including Regnant Energy Solutions and Artheon Electronics Pvt Ltd, also have solutions for emergency lights.

For solar and wind energy: Targeting the solar and wind energy sector, Artheon recently launched a new range of batteries that are focused on solar and wind power applications, including solar lights, water pumping systems and traffic lights. The new range includes batteries of the following capacity: 12V 8Ah, 12V 80Ah, 12V 120Ah and 12V 200Ah. The company has also launched a range of VRLA motorcycle batteries in 2.5Ah, 4Ah, 5Ah and 7Ah capacities.
“With the changing market scenario, new products are being developed. We see solar as one of the fastest growing categories. There is a new C10 battery range replacing our earlier C20 range in the SMF VRLA space. Artheon C10 batteries are better compared to standard C20 batteries as the user can draw more current in the same time period,” says Sunil Bhatnagar, advisor, sales and marketing, Artheon Electronics Pvt Ltd.
Exide is another company that manufactures batteries for solar installations under its Solatron SGL series. These gel based VRLA batteries are specifically developed and designed for solar photovoltaic applications, can sustain high current discharge and are mechanically rugged.

For electric vehicles: “With the Central government focusing on the environment and contemplating a subsidy on battery operated vehicles, electric bikes and electric rickshaws, this category of automobiles will become very popular in our country as an alternative to auto rickshaws and manually-drawn rickshaws because of their low fuel cost, and less human effort. They may be widely accepted as an alternative to petrol/diesel/CNG auto rickshaws. With the growth of this category, we have launched 12V batteries which cater to electric rickshaws,” says Vikas Aggarwal, CEO, Computech Systems (iPower).
Another player, Southern Batteries has also launched a range of high capacity batteries from 135Ah to 225Ah in 12V SMF series for premium UPS segments and advanced VRLA (hybrid) technology battery for electric bike application.

Making a purchase decision
While buying an SMF battery, consumers will have to bear in mind the applications for which they require the battery and also the energy/load consumption.
“The capacity of a battery determines how long it can run, that is, for how long it can provide power backup. Apart from the type of battery, other important factors must be kept in mind while selecting a particular battery, such as the reliability of the brand, market feedback of the specific product, quality of after sales service, etc. This will ensure peace of mind after the purchase is made,” says Sood.
Bhatnagar adds, “The most important question is what the battery will be used for. This should be clarified before buying it. For instance, a 12Ah UPS battery would work well in a UPS system but not in an electronic vehicle (EV) or Scooty, as the battery is designed for standby use and not for starting, lighting and ignition (SLI) applications. Similarly, automotive batteries would work well in auto applications but not for standby purposes. SMF batteries made in India are more adaptable in Indian conditions and come with better after sales service, so the buyer should focus more on batteries manufactured in India.”

The future of SMF batteries
Going forward, we see brands developing batteries that are more rugged and can withstand strong climatic variations. Moreover, with the expanding array of applications, the need is to develop more and more application-specific batteries.
Additionally, the technological development required includes shorter time periods for charge and discharge of the batteries. Some manufacturers are trying to overcome this limitation in the batteries available today by using thin plate technology. However, this has not proved successful yet.

Latest In The Market

Avoid sulphation for better battery life
Consumers should not leave SMF batteries in a discharged state for more than 72 hours. This would cause damage to the batteries partially or completely, due to sulphation. Sulphation is the formation of lead sulphate on negative plates, which acts as an insulator and has a detrimental effect on charge acceptance.
One should always begin the charge within 72 hours of the battery being discharged.

Key points to consider when choosing a battery

What You Should Know About Power Resistors