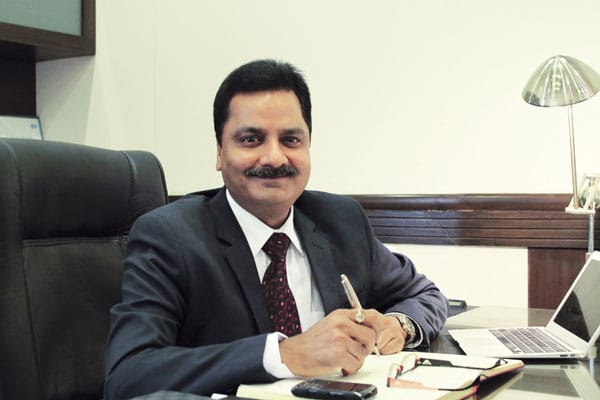 The beginning
NTL began its operations in 1993 and started its lighting journey in 2002 with a small team. Our turnover has also grown from ₹ 2 million in the first year of operations to ₹ 6 billion in 2014-2015. In 2010, a private equity firm, CX Partners, picked up a 20 per cent stake in the company.

Our group has seven state-of-art manufacturing facilities spread over 46451 square metres with a combined capability to manufacture 18 million products per month. The facilities, spread across Noida, Dehradun and Roorkee, employ 4000 people.

In the 14 years of our lighting journey, we have become the largest electronics manufacturing company in the Indian lighting industry. Today, by all estimates, NTL is probably one of the largest manufacturers of lighting electronics in the world, outside China.

NTL’s lighting journey, which began in 2002, first involved manufacturing CFL ballasts. Over the years, the company has grown significantly in design capabilities. We have been a frontrunner in converting CFL lamps to HPF (High Power Factor) as well as making them more cost-efficient by value engineering. Also, the first LED lamp in India was developed and manufactured by NTL.

NTL Electronics works in the B2B space and we have been blessed in that we have worked with the ‘Who’s Who’ of the industry, and have been their ‘partner of choice’ for a decade now. What has worked in our favour is an unwavering commitment to quality, our focus on client requirements, innovation and quick ‘go-to-market’ manufacturing capabilities. Today, NTL Electronics is widely recognised for its design and manufacturing capabilities.

NTL Lemnis, a JV company between NTL Electronics – India’s foremost player in lighting electronics and Lemnis Lighting – a Netherlands based pioneer in LED technology and product design, was set up in April 2012. We realised that both NTL and Lemnis had a single-minded approach in providing sustainable lighting solutions. We were looking for synergistic strengths to make a strong statement in this domain and mutually decided to form a joint venture.

NTL Lemnis designs, manufactures and sells energy-efficient LED lighting solutions for the Indian and global markets. It exploits the global design, production and distribution strengths of both the parent companies to deliver innovative solutions for home and commercial lighting, globally. The company primarily focuses on the geographical markets of India, Europe, Africa, Middle East and South America with company offices in India, Netherlands and South Africa.

The company’s USP
The company’s USP is its ability to develop and manufacture products, which are direct replacements of traditional lighting solutions, at market-acceptable prices, without compromising on the quality of light.

NTL Lemnis’s primary focus in the initial two years was on the industries that are typical energy guzzlers, such as retail, IT and ITeS, as well as hospitality and healthcare. Today, NTL Lemnis is focused on creating an effective sales and distribution network across the country, so that its entire range, which includes a portfolio of more than 250 products, can be made available directly to the end consumer. In addition, NTL Lemnis is a major partner in government initiatives to make mass adoption of LED bulbs possible.

The EMS industry
According to the India Electronics & Semiconductor Association, the Indian Electronic System Design and Manufacturing (ESDM) market which was worth US$ 76 billion in 2013, will grow to US$ 400 billion by 2020. According to a report by NOVONOUS, a market research firm, the semiconductor industry which was US$ 10.02 billion in 2013, will grow to US$ 52.58 billion in 2020 at a compound annual growth rate (CAGR) of 26.72 per cent.
Lighting is also a part of the electronics industry. The total lighting industry, including lighting electronics, is expecting a healthy growth in the year 2015-16. The current size of the total market is around ₹ 96 billion.

The Indian government’s DELP (Domestic Efficient Lighting Programme) is a very good initiative, which will propel the early adoption of LED bulbs by consumers. The government is taking all the possible steps to ensure LED adoption, including subsidising the costs to a great extent and offering low EMI schemes for even the remaining costs. A McKinsey report has predicted that 70 per cent of lighting will become LED based by 2020.

Challenges and opportunities
There are many challenges that the electronics manufacturing sector faces like the infrastructure gap, the current tax structure, inadequate supply chain and logistics support, inflexible labour laws, limited R&D focus, inadequate funding and limited value addition.
However, in today’s context, the opportunities far outweigh the issues —the PM has launched the ‘Make in India’ initiative to place India on the world map as a manufacturing hub and give global recognition to the Indian economy. The government is considering a proposal to include micro, small and medium enterprises (MSMEs) in its definition of start-ups to help boost the ‘Make in India’ campaign.

In the lighting electronics industry, the Ministry of New and Renewable Energy has decided to stop the subsidy on CFL-based solar lighting systems so as to encourage the use of LEDs. The government is committed to expanding the DELP scheme to all states.

With the Digital India programme, the idea is to transform India into a digitally empowered society and knowledge economy. Under the programme, the government will focus on making available high speed Internet as a core utility for the delivery of services to citizens. Mobile phones and bank accounts will enable citizen participation in the digital and financial space, making financial transactions electronic and cashless. All of this will provide great opportunities for the manufacturing sector.

Growth plans
From the current turnover of approximately ₹ 6 billion, we are expecting that the NTL Group’s sales turnover will reach around ₹ 20 billion in FY 2019-20.

NTL Lemnis plans to touch ₹ 5 billion by 2019-20. We hope to control at least 5 per cent of the Indian LED market (in volume terms), and target a revenue share of 25 per cent from the LED business by FY 2019-20. We are already on the growth path and by the end of this year, our installed capacity will be in excess of 5 million units per month.

DELP is a very good initiative, which will propel the early adoption of LED bulbs by the consumers.

This programme has been somewhat responsible for encouraging the industry to produce LED lighting products in India. As on date, there is no proposal to make it mandatory. The mass consumption of LED lighting products via different schemes is making the Indian manufacturing industry more strong and self-reliant.