The Automotive Industry is setting ever tougher targets for ‘Zero Defects’ in chips because of the need for ultra-high levels of reliability and safety in cars. ‘Zero Defects’ is industry shorthand for the acceptable level of defects and Sondrel, who provides turnkey ASIC design and manufacturing for automotive companies, reports that their specifications are moving from defects per million (DPM) to defects per billion (DPB).

Ed Loverseed, Sondrel’s Head of Engineering, explains, “Zero Defects is a goal towards which you aim through the continual reduction in defects during manufacture and by eliminating as many defective parts as possible through testing before they reach the customer. The level of defects being shipped to a customer is inversely proportion to the time and money spent eliminating faulty parts. Thus, the challenge is finding the economic balance between the amount of time and money invested in catching faulty parts and the resulting level of defects, which is called the cost of quality. 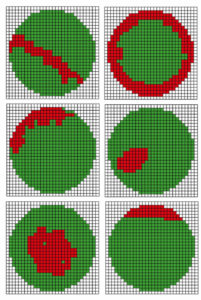 “The costs to be considered are not just the obvious ones of training, testing, scrappage and reworking but also the possible costs of dealing with defective parts in the field which should be brought into the equation when determining the level of testing budget. Determining why a part has failed in the field involves a lot of detective work to pinpoint if it is a random event or indicative of batch issue that would result costly recalls which is why automotive parts have extraordinarily high level of audit trails for components so that as few cars as possible are recalled.”

Loverseed gives some examples of real-life scenarios, which can cause customer returns, based on years of Sondrel creating these chips for automotive customers. The first is a failure when the customer tests incoming chips with the simple cause of electrical overstress or electro-static discharge due to their automatic test equipment being faulty. Obviously, this would only show up at the customer’s site and is easy to trace and fix. The second is hard to trace and is when parts pass production testing but then fail when in the customer’s application. The cause could be either the testing does not reject parts that only just marginally passed or there is an aspect of testing that has been missed in the test regime that has been agreed with the customer. The third is latent defects where the device operates as expected in the customer’s production line or application in the field and then suddenly fails. This is the worst-case scenario especially if the problem can be traced to a fab related issue as this could result in a large number of customer returns without the ability to quickly predict which batches of parts might fail as time is needed for detailed data analysis.

Sondrel specialises in the design and manufacture of complex digital ASICs as a full turnkey service and so takes responsibility for the entire process including achieving the Zero Defect requirements of customers. “While automotive customers are leading the drive to the DPB, we are now offering customers in other industries lower defect levels by using the skills we have developed to help achieve this,” added Loverseed. “This gives us a competitive edge in winning the large complex IC projects that we specialise in as reduced defects in manufacturing reduce the wastage and bring down the overall cost per chip price for customers.”