Monday, December 15, 2014: Year 2014 witnessed a significant downturn in solar power installations in India. In the past couple of months, there has been no increase in installed capacity

As the ‘Make in India’ campaign invites appreciation and encouragement across various industry verticals, the solar sector seems to be dismayed. The government’s decision to not impose an anti-dumping duty on solar cells and panels has attracted criticism not only from the industry but from the various departments in the government as well. The government had earlier recommended imposing a restrictive duty in the range of US$0.11-0.81 per watt on solar cells imported from the US, China, Malaysia and Chinese Taipei. Domestic power firms, though, have long been lobbying against the imposition of the duty as it would kill the manufacturing base in India by increasing the cost of procurement and equipment costs. Though non-imposition of duty has come as a respite to the domestic manufacturers, the solar industry will have bounce back to meet it targets on time.

Slack growth of the solar segment

The National Solar Mission (NSM) targets installing 20GW of solar power by 2022, which can put India on the world map, placing it among the first few countries with such massive capacity. So far, India’s installed solar capacity is close to 2750MW. Year 2014 witnessed a significant downturn in solar installations in India. In the past couple of months, there has been no increase in installed capacity. Recently, SunEdison announced that it will not be pursuing the 20MW project allocated under Batch I Phase II of the Jawaharlal Nehru National Solar Mission (JNNSM) in February 2014 under the domestic content requirement (DCR) part of 750 MW allocations. SunEdison dropped the project following issues related to the domestic manufacturing supply in India. The company has apprehensions about the supply shortfall and unviable prices of the domestic products available.

Currently, around 4000MW worth of solar projects have been tendered. The government is trying its best to boost the segment and hence, has announced a subsidy of Rs 25 million per MW in the second phase of the solar programme. It has invited project developers to set up solar power projects in the PPP mode with government support through viability gap funding (VGF) of 40 per cent of the project cost. To bolster the manufacturing base in the country, the government should offer equal incentives to foreign producers to come and set up operations here and create jobs, similar to what was done 30 years ago in the auto sector. Unfortunately, India does not have the technology. So, we need external support and inputs. Looking at the larger picture, the government has to maintain the balance between its initiative to increase domestic manufacturing while restricting the market for imported products, which are killing the opportunities for domestic players. 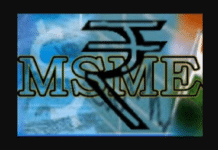 No Documents Required to be Uploaded For Registering as a MSME 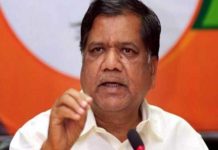