Yet Another Strategy Document on Electronics Manufacturing 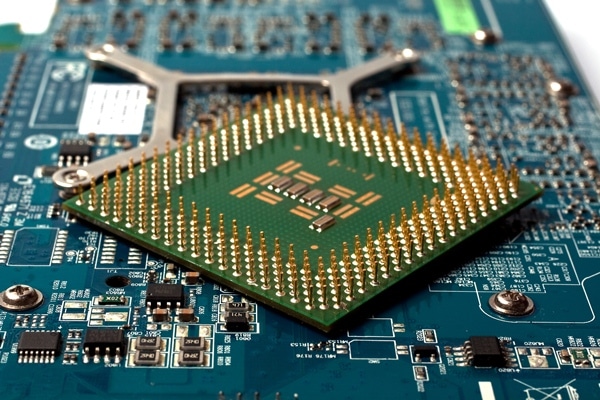 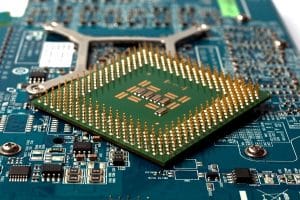 At a time when the country has been waiting for a long time for the benefits the Modi government promised to accrue and be felt, we have a new wish list on electronics manufacturing from Niti Ayog. The file name of the document mentions ‘Policy’ and its title mentions ‘Strategy’. It is not clear if this is a replacement for the ‘National Policy on Electronics 2012’ (NPE), or a strategy document in addition to the NPE. Further, has Niti Ayog taken charge of promoting electronics manufacturing, or will that still be DeitY’s task?

The good thing is that Niti Ayog has indicated that the current provisions are insufficient for early growth of the industry. The additional concerns expressed by it will add to the efforts required to resolve the challenge of having a vibrant electronics manufacturing industry in India.

Export orientation or import substitution
The policy treats electronics manufacturing as a binary debate (export oriented or import substitution), while the main issue is the feasibility of producing in India and shifting economies of scale from other parts of the world to India. Policy papers should capture all the components of the ecosystem and find an approach on how feasible all of these are. Many components of industry, like security, are untouched.

The most important point in the document on the analysis of the ‘Indian Electronics Industry Revenues by Segment 2014-15’, is that the industry in India has not had much success in penetrating the export market. It is difficult to understand why and how an industry which is not able to cater to its own market can have a good export penetration.

The author/s may dig a little deeper to arrive at how the electronics industry flourished prior to ITA-1 and find those data points, since data from 2004-05 may not give the true picture.

Policy myopia
Like most of the policies aimed at attracting fresh investments, this policy appears to have the same goal, without having any clue as to what is required for existing businesses in India’s electronics manufacturing domain to survive and grow.

The strategy could be to resolve the pain points of these manufacturers in India, and if these businesses are able to increase their margins, they will be able to attract more capital and technology.

Functional domains missing
Much will depend on how we categorise the industry. There are verticals, like strategic electronics or industrial electronics, as well as horizontals in the industry, like LEDs or PCBs. The strategy should assess and direct how each of the factors of production for each of these verticals and horizontals will shape up, year after year.

Success of existing policy provisions
The strategy document cites existing provisions made by the government of India to promote manufacturing of electronics. But at all places, it falls short of finding out how much success has been achieved, how much investment has actually been made, on the ground, how many EMCs have started working or what is the value of products that have been procured under the PMA. The statement on semiconductor wafer fabs informs us that implementation is in progress, which is good news indeed!

The EPCG scheme allows the import of capital goods for exports and not for the domestic market. As the document notes, there is ‘something badly amiss’, in the technology sector, and the scheme asks manufacturers to directly start exporting, without testing the product in the local market and rise to the level of international competitiveness, placing the cart in front of the bullock. If the market dynamics was in favour of manufacturing in India, it would not require a policy or a strategy.

Similarly, one would like to know, how much investment has been received under ‘Investment allowances and deductions’, quoted in this strategy document. If policies are not productive enough, either the direction or the implementation is ‘amiss’ as identified in the document.

The NPE was good at creating some hope for the sector. Many states did apply to set up EMCs, though with limited success.

There are many more initiatives mentioned in the document. Niti Ayog has the wherewithal to collect and use data on the success of these initiatives. Shying away from monitoring policy implementation is costing taxpayers a lot. With a change in name, people had higher expectations from Niti Ayog, compared to the erstwhile Planning Commission.

The strategy document has no provision for monitoring the success of what it proposes. Without this, it will meet the same fate as the NPE 2012.

Further, China has 95 per cent of the reserves of rare earth minerals used for making electronic products, a responsive regime and many other factors on its side, making it feasible to make and export electronics, despite rising labour costs as noted in the document.

The document cites ‘Two-digit Standard International Trade Classification’ (SITC) data, available from the United Nations Commodity Trade (UN Comtrade) statistics. The strategy document ought to explore whether or not this classification is relevant in current times.

Referencing or reinventing
The strategy document provides only one footnote. Sources of data points made available in the strategy document are not referred to at many instances. Data provided is also too little to drive a point to conclusion for the purpose of such national significance.

While the NPE has delivered little in the last four years, it is feared that what the document under discussion proposes may deliver even less.

Spelling and grammar checks will make the strategy document a little better.

What to do
The document is too simple. It may be called simplistic as well. Pearls lie much deeper. One could even argue whether any are even there, in the first place. Consider three statements:

Where is the straightforward case for arguing to ‘make electronics in India’? Whatever is ‘badly amiss’ needs to be found out and knocked down – this should be the main objective of this strategy document.

Reviving electronics manufacturing in India is an uphill task. Many reports have bared it all. The author of the document may have referred to some of the reports published by different agencies, some of which also have been done with government support, like the Task Force Report, ELCINA’s ELCOMOS Report, the IESA Indian ESDM Disability Identification Study, the IESA Analysis of Opportunity and Growth plan, etc. The cover article in the January 2016 edition of Electronics Bazaar may also provide much needed insights.

Another way could be to look at the recordings of speakers at the events organised on promoting electronics manufacturing by various industry associations after the NPE was launched, to see if there is any progression in the narrative.

The new strategy document lacks the on-the-ground touch. Readers might want to know if the people involved in drafting this document have actually worked in the field of electronics manufacturing in India. Else, it is an academic paper which may just about manage pass points.

Rather than this strategy document, let’s have an open debate on the existing scenario, the successes and challenges of policy initiatives till now, to arrive at a viable roadmap. Strategies on monitoring the roadmap may then be devised. This debate should have all stakeholders, including states and custom authorities. Not less than 70 per cent of the participants should be people involved in manufacturing electronics in India, since they are facing all the heat.