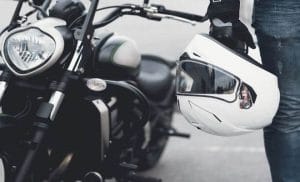 Japanese motorcycle manufacturer Yamaha Motor Co. Ltd has announced that it has developed a high output electric motor. Yamaha intends to use the brand-new unit in hyper-EV models and other offerings in the high-output mobility segment. The new unit has been developed with a maximum power output in the 350 kW or 469 hp class and has an operating voltage of 800V.

The Japanese motorcycle giant has been accepting commissions for developing prototype electric motors in the 35–200 kW range for automobiles since last year.

As per Yamaha, the main feature of this motor is its compact construction which treats the mechanical and electrical components as one component and integrates the gear and inverter into one unit. The new motor has been developed in anticipation of the installation and use of multiple units on a single vehicle.

The company announced that it will begin accepting orders for prototype development this month.

The 350 kW class electric motor and its other electric motor prototypes will be exhibited by Yamaha at the upcoming Automotive Engineering Exposition 2021 Yokohama.