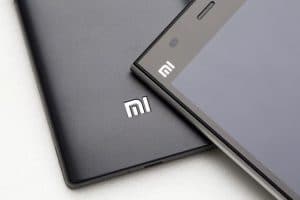 Xiaomi India is most likely to invite component suppliers to invest in local manufacturing of its products. The Chinese electronics company is aiming to boost ‘Make in India’ by making efforts to localise production.

Anuj Sharma, Chief Marketing Officer, Xiaomi India, said that around 95 per cent of the components for the brand was made in India. Sharma added that Xiaomi’s aim was to make the phones fully in India. He, however, did not reveal the time period for fully localising the phones.

The technology giant has component suppliers across the world and it is aiming to draw the suppliers to invest in the Indian market. Currently, it has manufacturing facilities in Sri City, Andhra Pradesh, Sriperumbudur in Tamil Nadu and Noida in Uttar Pradesh. By investing in these manufacturing facilities, it is trying to ensure that a larger internal portion of its smartphones is made and not just assembled in India. The company is also coming up with a TV manufacturing unit in Andhra Pradesh in partnership with Dixon Technologies.

Xiaomi’s Chief Marketing Officer informed that the company was looking at introducing the other product range in India. It had recently launched its air purifier range, security cameras, LED TVs and many more to draw the consumers in the country. He added that the company had been able to bag the top rank among the smartphones with a 27 per cent market share.

The company sold more than 10 million smartphones in India during the July-September quarter in India. It crossed the 100 million-mark globally by October 2018. Sharma said that Xiaomi had 21 per cent market share in the offline smartphone market in Kochi alone with 99 preferred partner stores and 13 format retail stores.

Holitech Technology, one of the component suppliers of Xiaomi had recently signed a Memorandum of Understanding (MoU) with the Andhra government for setting up a manufacturing facility.